Alan Curtis
Class of 1999
Army, 7 Years
Enlisted in 1998, he currently serves in the Idaho Army National Guard. His greatest accomplishment has been a deployment to Iraq to fight the war on terror.
Report a Problem

David Buffaloe
Class of 1996
Army, 17 Years
Joined National Guard while at Highland. After one year at Tulane University, joined the Army. Went to West Point. Commanded Company of Paratroopers in both Afghanistan and Iraq. Currently working in Pentagon. I'm on the far left.
Report a Problem

F. Paul Briggs
Class of 1967
Marine Corps, 20+ Years
Born in Pocatello, Idaho, Paul Briggs graduated from Highland High School in 1967 and Idaho State University in 1972. He was commissioned a Marine Second Lieutenant in 1972, following officer training in Quantico, Virginia. He served in a variety of assignments and was the recipient of numerous personal, unit and service decorations during a career spanning 30 years in which he rose to the rank of full Colonel. He retired at the Pentagon as a member of the Office of Secretary of Defense staff, effective December 1, 2002. He subsequently transitioned to senior management in the federal civil service for the next eight years, and is currently retired in Alexandria, Virginia. His wife Gina, a retired Major, U.S. Air Force Reserve, is a civil service contract manager with the Air Force Office of Special Investigations Headquarters.
Report a Problem

Jason Kerns
Class of 1998
Army, 10 Years
I joined the Army around the end of '98 as an infantryman and was stationed in the 82nd Airborne at Fort Bragg for a couple of years. I moved to Fort Lewis, WA and served with the 1st BDE 25th ID in OIF III-IV, and moved with the unit to Vilseck Germany where I deployed to OIF VII-IX. Im currently a Sergeant First Class, Platoon Sergeant of a Stryker infantry platoon. Im staying in for 20 and can't think of anything else I would rather do, I love the militray.
Report a Problem

Jim Carter
Class of 1971
Army, 4 Years
us army infantry with 3 years of that in an air cav unit. one year with an air cav unit in a LRRP platoon.
Report a Problem

Josh DeNully
Class of 1998
Air Force, 10 Years
I've serve 7 yrs as a Security Forces member, and 3 yrs as a Structures troop in CE. I've deployed twice in support of OIF/OEF and the War on Terrorism. I've spent 4 yrs securing nuclear weapons, 2 yrs securing flight lines and a year working law enforcement. In structures I maintained the base and missile alert faclities. God speed to all bretheren in the Forces and God bless the U.S.A.
Report a Problem

Josh DeNully
Class of 1998
Air Force, 10 Years
I've served in the AF for a little over 10 years. 7 yrs as a Security Forces member holding positions from protecting nuclear weapons, law enforcement, and flightline security. I've also served as a Structures troop in Civil Engineering where I've maintained facilities on a nuc base and missile alert facilities. I've deployed twice in support of OIF/OEF and the War on Terrorism. God speed to my brotheren in arms and God Bless America.
Report a Problem

Larry Wilson
Class of 1968
Navy, 4 Years
radioman morse code expert onboard the U.S.S. Hassayampa spending alot of time off the coast of vietnam
Report a Problem
12 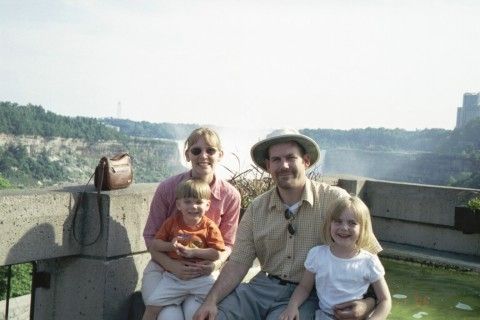 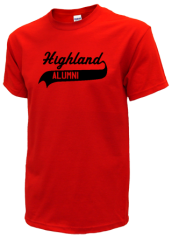 View More or Post
In Memory Of
Our Highland High School military alumni are some of the most outstanding people we know and this page recognizes them and everything they have done! Not everyone gets to come home for the holidays and we want our Highland High School Military to know that they are loved and appreciated. All of us in Pocatello are proud of our military alumni and want to thank them for risking their lives to protect our country!