Have you lost your Henry Sibley High School class ring? Have you found someone's class ring? Visit our Warriors lost class ring page to search for your class ring or post information about a found ring.

Andrew Stifter
Class of 1999
Army, 6 Years
Sgt Andrew Stifter was a MP in the Army Reserves and served for one year in Iraq from April 2003 to April 2004
Report a Problem

David J. Rice
Class of 1968
Marine Corps, 2 Years
Joined the Marines August 1968 and served in Vietnam most of 1969
Report a Problem

David Trombley
Class of 1976
Navy, 20+ Years
Retired after 30 years of service in the Navy
Report a Problem

Jeffrey Leas
Class of 1966
Army, 2 Years
Served for a year with USARV Vietnam from March of 1969 to March of 1970. Then was with NATO in Belgium for 5 months in 1970 prior to getting an early out to go back to school in Pennsylvania.
Report a Problem

Roland Calvin Briggs Jr.
Class of 1968
Navy, 8 Years
Signed up for 6 years in order to gain a full Electronics Training for CTMx reating.
Report a Problem 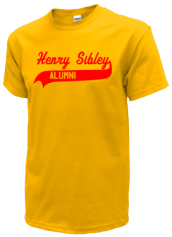 Read and submit stories about our classmates from Henry Sibley High School, post achievements and news about our alumni, and post photos of our fellow Warriors.

Hello Henry Sibley Alumni! This post is to request help for Sibley’s Seniors All Night Party Class of 2013. You...
Read More »

View More or Post
Our Henry Sibley High School military alumni are some of the most outstanding people we know and this page recognizes them and everything they have done! Not everyone gets to come home for the holidays and we want our Henry Sibley High School Military to know that they are loved and appreciated. All of us in Mendota Heights are proud of our military alumni and want to thank them for risking their lives to protect our country!