Have you lost your Harrison High School class ring? Have you found someone's class ring? Visit our Hornets lost class ring page to search for your class ring or post information about a found ring.

Dan Williamson
Class of 1982
Army, 20+ Years
Joined in OCT 1982 and still in. Currently a Major in the Military Police.
Report a Problem

David Wright
Class of 1988
Navy, 18 Years
I joined the Navy in November of 1989. After boot camp in Orlando, Fl I went on to Nuclear Power Class "A" School for Machinists Mates, then Naval Nuclear power school before transferring to Idaho Falls, Idaho where I attended Nuclear Prototype Training Unit at the S5G prototype reactor. I then transferred to the USS Daniel Boone SSBN 629 blue crew in Charleston, SC. I spent 2 and a half years onboard the Boone before it went into decommisioning in Bremerton, Wa, then transferred to the USS Pogy SSN 647 in San Diego, CA. I spent 2 1/2 years on that boat before I finally went to shore duty at Naval Recruiting District New York. I spent three years as a recruiter in New Jersey, then transferred to Groton, CT stationed onboard the USS Toledo SSN 769. After two years there I split toured to the USS LaJolla SSN 701 in Pearl Harbor, HI. Did a couple of years on that God forsaken island before transferring to Navy Reserve Facility Marquette, Mi in the great UP. Three years there before reporting to what should be my final Navy tour aboard the USS Nassau LHA 4. I am currently the Leading Petty Officer of the ships Safety Department and looking to retire in November of 2009.
Report a Problem

Joshua s Lyons
Class of 2002
Marine Corps, 5 Years
Currently, Josh Lyons is serving in Iraq for his fourth tour. He is a Sergeant in the infantry and his unit is 1/7 Suicide Charley.
Report a Problem

Kary Szyska
Class of 1988
Air Force, 20+ Years
I joined the Airforce in 1992 ..... I spent 9 years active duty ..... I left active duty June 2001 ..... I went to work for the City Of Bossier City as a police office, however I stayed in the USAF Reserves ...... I left the Police Department in June 2012 to take a job as an ART (Air Reserce Technician ) or known as a full time reservists. I am currently assigned to an active duty unit in which I am the Production Superintendent of flightline maintenance
Report a Problem
12 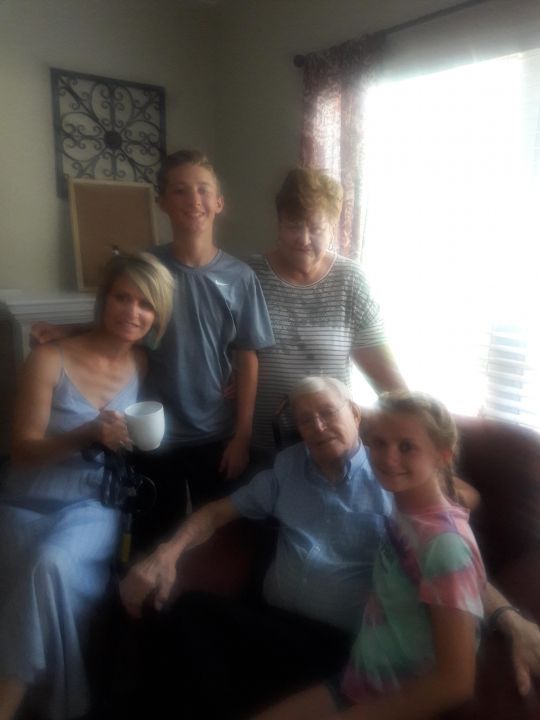 Read and submit stories about our classmates from Harrison High School, post achievements and news about our alumni, and post photos of our fellow Hornets.

On March 5, 2015 between the basketball games there will be a ceremony to commemoratively dedicate the HHS gym in honor ...
Read More »

View More or Post
In Memory Of
Our Harrison High School military alumni are some of the most outstanding people we know and this page recognizes them and everything they have done! Not everyone gets to come home for the holidays and we want our Harrison High School Military to know that they are loved and appreciated. All of us in Harrison are proud of our military alumni and want to thank them for risking their lives to protect our country!