Have you lost your Hamilton High School class ring? Have you found someone's class ring? Visit our Huskies lost class ring page to search for your class ring or post information about a found ring.

Chrsta Lynn Bateman
Class of 2004
Army, 5 Years
Christa not only served with the Air Force JROTC at Hamilton, but has been with the Army for 5 years. Has had a tour in Iraq and a tour in Afghanistan and is scheduled to return to Afghanistan for a brief deployment. She serves her country proudly and with dignity while still keeping that funny every joking demeanor that everyone knew her to have. Her family supports and loves her and she is our HERO!
Report a Problem

Melanie Penningroth
Class of 2009
Navy, 5 Years
United States Navy Corpsman. Serving proudly along side her Marines as part of MACG-38.
Report a Problem 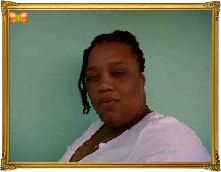 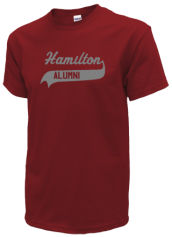 Read and submit stories about our classmates from Hamilton High School, post achievements and news about our alumni, and post photos of our fellow Huskies.

The contact icon at the bottom of the page does not work.
Was looking for the School Sports Records, like the sig...
Read More »

View More or Post
In Memory Of
Our Hamilton High School military alumni are some of the most outstanding people we know and this page recognizes them and everything they have done! Not everyone gets to come home for the holidays and we want our Hamilton High School Military to know that they are loved and appreciated. All of us in Chandler are proud of our military alumni and want to thank them for risking their lives to protect our country!