Have you lost your H.d. Jacobs High School class ring? Have you found someone's class ring? Visit our Golden Eagles lost class ring page to search for your class ring or post information about a found ring.

Al Dubovik
Class of 1986
Air Force, 20+ Years
22 years and still counting! 8 as an enlisted aircraft mechanic and 14 as a commissioned officer. Currently living north of Salt Lake City, serving as a squadron commander. Great life, great travel and great people - who could ask for more?
Report a Problem

Alvin Tiu
Class of 1987
Army, 12 Years
Alvin is currently stationed at Ft. Lewis in Seattle, Washington. He served a Tour of Duty in Iraq a few years ago as an Army Physician.
edogger2@juno.com

Jeremy R Molnar
Class of 1995
Air Force, 7 Years
I joined the service in 2000. Spent 3 years at Scott AFB, IL, 1 year at Osan AB, Korea and 2.5 years at Vanderberg AFB, CA and was on my way to Eileson AFB, Alaska when I was medically discharged Dec. 2006.
Report a Problem

Larry Hein
Class of 1977
Air Force, 20+ Years
Joined the USAF with Scott Smith in 1978. Stationed in Mane, Sicily,Texas and South Korea. Worked as an Inventory Manager.
Report a Problem

Margot Dove (Rohrssen)
Class of 1989
Army, 18 Years
I am currently Full TIme in the Michiagn Army National Guard. I am the Readiness NCO/ Detachment First Sergeant for the 363rd AG DET. I have spent 14 years as a Supply SGT, 3 as a Readiness NCO and 1 year as a SR HR NCO. I love the Army!
Report a Problem

PAUL BRAUN
Class of 1987
Air Force, 14 Years
Been all around the world. Korea, Europe, Iraq, Affghanistan, just to name a few. Stationed back in the states now and can't believe there is no reunion info?
Report a Problem

Rex Rousseau
Class of 1978
Navy, 20+ Years
Served as a Navy Explosive Ordnance Disposal Diver for 26 years.
Navy Explosive Ordnance Disposal Technicians render safe all types of ordnance, both conventional and unconventional, improvised, chemical, biological, and nuclear to include Improvised Explosive Devices (IEDs) and Weapons of Mass Destruction (WMD). They perform land and underwater location, identification, render-safe, and recovery (or disposal) of foreign and domestic ordnance. They conduct demolition of hazardous munitions, pyrotechnics, and retrograde explosives using detonation and burning techniques. They forward deploy and fully integrate with the various Combatant Commanders, Special Operations Force (SOF), and various warfare units within the Navy, Marine Corps, and Army. They are also called upon to support military and civilian law enforcement agencies.

EOD Techniciansâ€™ missions take them to all environments, every climate, in every part of the world. They have many assets available to arrive to their mission, from open and closed-circuit scuba and surface-supplied diving rigs, to parachute insertion from fixed-wing and and fast-rope, rappel, and Special Purpose Insertion Extraction (SPIE) from rotary aircraft, to small boats and tracked vehicles.

Rex Rousseau
Class of 1978
Navy, 20+ Years
I was an Explosive Ordnance Disposal Diver for 26 years in the Navy.
Report a Problem 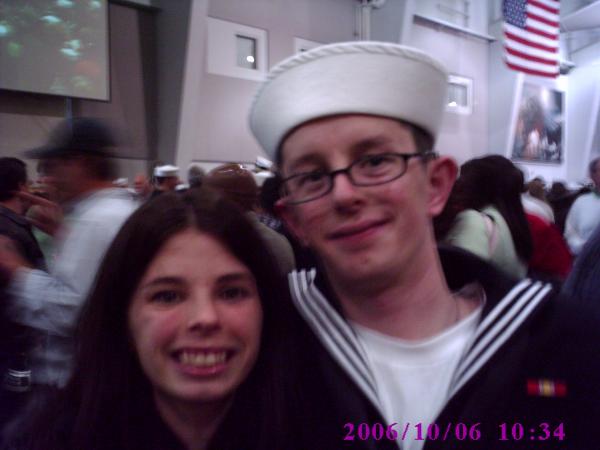 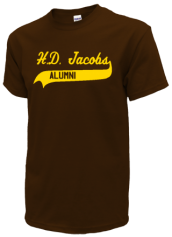 Read and submit stories about our classmates from H.d. Jacobs High School, post achievements and news about our alumni, and post photos of our fellow Golden Eagles.

Kevin was selected as the "distinguished alumni"over 30" by the d300 foundation for his many achievements...
Read More »

View More or Post
In Memory Of
Our H.d. Jacobs High School military alumni are some of the most outstanding people we know and this page recognizes them and everything they have done! Not everyone gets to come home for the holidays and we want our H.d. Jacobs High School Military to know that they are loved and appreciated. All of us in Algonquin are proud of our military alumni and want to thank them for risking their lives to protect our country!