Have you lost your Grosse Ile High School class ring? Have you found someone's class ring? Visit our Red Devils lost class ring page to search for your class ring or post information about a found ring.

Celena Burkhart
Class of 1998
Navy, 11 Years
Celena served as a Naval Aviator from 2002 until 2007 when she was selected for the Navy's Law Education Program. She is currently serving as a Judge Advocate.
Report a Problem

Erik Anderson
Class of 1989
Army, 18 Years
Spent the first ten years in the Air Force (NCO) as a C-5 Crew Chief then C-130 Flight Engineer. Jumped over to the Army, off to OCS and flight school in 1999, and became an AH-64 Apache attack helicopter pilot. Last tour was Afghanistan.
Report a Problem

John (Jack) Clark
Class of 1962
Navy, 4 Years
Served 1965 through 1969. Home base was Naval Air Station Alameda CA. Home of the USS Enterprise, most powerful vessel in the world at that time. Completed tour of active duty as a PO2;
Petty Officer 2nd Class.

John W Raubar III
Class of 1946
Army, 4 Years
Platoon Officer in Vietnam War and super war gunshot injury as bullet in 1970 hit smash thru my helmet and into my Face/throat/neck and out my back! Whew, over hurt, and was almost a full year in Army hospital called Valley Forge Army hospital. Yes, it long complicated injury and Prayers that I Survived!
Report a Problem

Kaitlyn Bussell
Class of 2007
Navy, 1 Years
Kait is currently attending the United States Naval Academy, where she will graduate in 2011. Upon graduation, she will be commissioned as an Ensign in the Naval service, and hopes to become a Naval Aviator.
Report a Problem 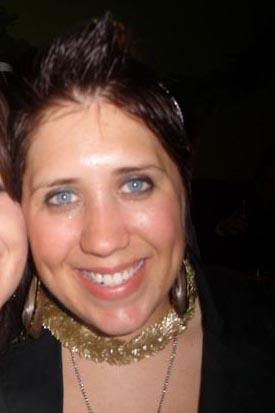 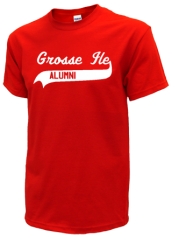 Read and submit stories about our classmates from Grosse Ile High School, post achievements and news about our alumni, and post photos of our fellow Red Devils.