Have you lost your Green High School class ring? Have you found someone's class ring? Visit our Bulldogs lost class ring page to search for your class ring or post information about a found ring.

Dustin Shreiner
Class of 1996
Army, 3 Years
Dustin was part of the Army's only biological detection team.
Report a Problem

Jamie Farnell
Class of 1996
Air Force, 15 Years
Left for basic training in June of 1996, and became an F-15 Crew Chief. My career has taken me all over the world, from all four corners of the lower 48, to Cananda, 4 tours to the Middle East, and South Korea. I am a Technical Sergeant in the Air Force, but was notified this past Friday that I have been selelcted for promotion the rank of Master Sergeant. I currently live in North Carolina about an hour East of Raleigh.
Report a Problem

Kevin Funk
Class of 1993
Navy, 15 Years
I'm a supervisor currently in Washington state. I have been around the world a few times and have been stationed in Italy, San Fran, Jacksonville Fl and Whidbey Island WA. I have made 7 tours of duty to the middle east/southeast asia and retiring in 2015.
Report a Problem 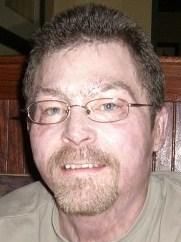 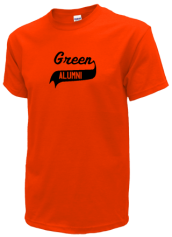 Read and submit stories about our classmates from Green High School, post achievements and news about our alumni, and post photos of our fellow Bulldogs.

The class of 1970 will be celebrating our 50th reunion in 2020. More details available at our website http://www.greenhi...
Read More »

View More or Post
In Memory Of
Our Green High School military alumni are some of the most outstanding people we know and this page recognizes them and everything they have done! Not everyone gets to come home for the holidays and we want our Green High School Military to know that they are loved and appreciated. All of us in Green are proud of our military alumni and want to thank them for risking their lives to protect our country!