Have you lost your Grandville High School class ring? Have you found someone's class ring? Visit our Dawgs lost class ring page to search for your class ring or post information about a found ring.

Anders Swenson
Class of 1997
Army, 10 Years
I was deployed twice overseas, first to Kuwait for OP Desert Fox and again To Abu Ghraib prison (after the fact) in Iraq.
Report a Problem

Andrew Erdman
Class of 2002
Air Force, 6 Years
Is an electrician. Serving in my second reenlistment, shooting for at least 20years.
Report a Problem

Brandon Weerstra
Class of 2004
Army, 2 Years
I have been in the military for about two years and im currently stationed in hawaii and at this time im in Iraq until 2008 and im coming home to hawaii cant wait
Report a Problem

Cammy Maxwell
Class of 1980
Marine Corps, 9 Years
Served (9) years, active and IR, I was in the Communication field and picked up a Second MOS in administration. I know teach Marine Corps Students at Fort Leonard Wood
Report a Problem

Transferred to Nellis AFB, NV in North Las Vegas on 15 Oct 1979 and was assigned as an F-15 aircraft mechanic to the 57th Phase Inspection Section.

In 1982 was reassigned to the 22nd Aircraft Maintenance Unit at Bitburg Air Base Germany where I worked as an F-15C Dedicated Crew Chief.

In January 1985 I was reassigned to the 430th Fighter Squadron at Nellis AFB, NV as an F-16A Dedicated Crew Cheif.

Reassigned again as a Dedicated Crew Chief on F-16C 87-0333. This aircraft was the Squadron Flagship flown by Brig. Gen John Jumper who later became the ACC Commander and later the Air Force Chief of Staff.

I was then reassigned to the 35th Fighter Squadron at Kunsan AB Republic of Korea where I continued as and F-16 Crew Chief.

During my tenure with the Air Force I was awarded 4 Air Force Commendation Medals.

Gloria Toczydlowski (Baldiga)
Class of 1988
Army, 2 Years
02K - bassoonist in the Army Band stationed in Wuerzburg, Germany 3rd ID "Rock of the Marne"
I joined in July of 1988 and did basic training in Fort McClellan, AL. I then did my AIT training in Virginia Beach, VA, at Little Creek Amphibious Base. I was then sent to Germany to serve in the 3rd ID at Leighton Barracks until September of 1990 when I left the military due to being pregnant and the first Gulf War. 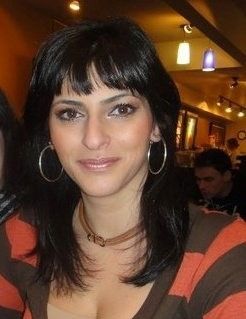 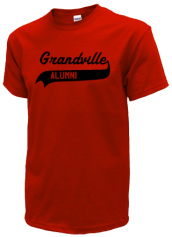 Read and submit stories about our classmates from Grandville High School, post achievements and news about our alumni, and post photos of our fellow Dawgs.

Please spread the word to your classmates. You can now purchase tickets for our 10 year reunion for the class of 2002 at...
Read More »

View More or Post
In Memory Of
Our Grandville High School military alumni are some of the most outstanding people we know and this page recognizes them and everything they have done! Not everyone gets to come home for the holidays and we want our Grandville High School Military to know that they are loved and appreciated. All of us in Grandville are proud of our military alumni and want to thank them for risking their lives to protect our country!