Have you lost your Glencoe High School class ring? Have you found someone's class ring? Visit our Yellow Jackets lost class ring page to search for your class ring or post information about a found ring.

Ben H. Bryant
Class of 1989
Air Force, 20+ Years
I've been in the air national guard for over 20 years. My first 3 years was in the 232nd CC in Montgomery as an air traffic controller. Due to the BRAC I transfered to Meridian, MS in 1994 to the 238th CC and the the 248th ATCS spun off from there. I'm still attached to the radar section and I'm also a Combat Airspace Mgr.
Report a Problem

Cameron Tyler Cox
Class of 2007
Navy, 6 Years
Went right out of High School. Met a lot of lifelong friends, and it became a great platform for the rest of my goals and aspirations. I directed aircraft and spent most of my time as a Crash and Salvage Crewman (aircraft firefighter). I genuinely loved the flight deck and miss it from time to time. I would recommend service to anyone who is thinking about their future.
Report a Problem

Keith Whitmire
Class of 1977
Army, 6 Years
Served in Kentucky, New Jersey, North Carolina, and Georgia as a Calvary Scout and an Airborne Paratrooper.
Report a Problem

Rickey Pinson
Class of 1985
Army, 20+ Years
My wife and I both aserved active duty Army for a combined 42 years We both retired from Active dutyafter having served in Desert Shield/Storm with the 101st AB@Fort Campbell Ky. I Completed thee combat tour of duty with Fort Lewis Wa(JBLM)with the 75TH Rangers. I currenty live in Seattle and continue to work at FT. Lewis Wa. As the S.Logistics Analyst for DOL.
We have three children with our oldest in EWU playing football. Trenton Pinson.)My Military Honors are one Purple heart,two Bronze Stars two MSM and 4 ARCOM's
Please write or phone my office for a prompt response.
Respectfully;
Rick 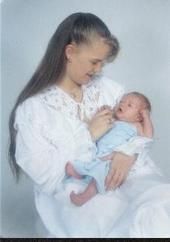 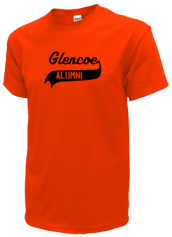 Read and submit stories about our classmates from Glencoe High School, post achievements and news about our alumni, and post photos of our fellow Yellow Jackets.

View More or Post
In Memory Of
Our Glencoe High School military alumni are some of the most outstanding people we know and this page recognizes them and everything they have done! Not everyone gets to come home for the holidays and we want our Glencoe High School Military to know that they are loved and appreciated. All of us in Glencoe are proud of our military alumni and want to thank them for risking their lives to protect our country!