Have you lost your Glencoe High School class ring? Have you found someone's class ring? Visit our Crimson Tide lost class ring page to search for your class ring or post information about a found ring.

My sister died of a long battle with cancer at her home in Cody , Wyoming!

She passed on with a long battle with cancer ! She leaves her husband J.J. and sons Jefferey and JB !

Eric passed after a 2 year battle with leukemia. He was survived by his Significant other and 4 children.


Private graveside services will be held at Verboort Catholic Cemetery on Tuesday, September 13, 2011.


A reception and remembrance will be held at 1:00 PM on Tuesday, September 13, 2011 at Visitation Parish Hall; 4285 NW Visitation Rd in Verboort


Eric was born on May 8, 1967 in Hillsboro, OR. He was one of four children born to Eugene “Gene” and Nancy (Verboort) Braukman. He was raised in the Verboort community and attended Verboort Catholic Grade School. He later attended Glencoe High school and graduated with the Class of 1985. While in High school Eric played on the football team and earned himself a football scholarship at San Jose Jr. College which he attended for one term.


Eric was united in marriage to Julie Scherr in September of 1991 in Verboort, OR. Following their marriage they made their home in the Washington County area. They divorced in 2004. Eric met his fiancé, Jodi King, in 2008 through mutual friends. They soon began dating and have been together since 2009.

Following in the family’s occupation Eric was a general contractor and had build homes for over twenty years.

Among his interest he enjoyed the outdoors trail riding his motorcycle and hunting. He was a big tease, enjoyed a good practical joke and was a good story teller. Eric was a good cook with his specialties breakfast and “goulash”.

She was an amazing woman and the world is a colder and emptier place without her. She is sorely missed.

The photograph is of Gabriela and her son, Jeremy.

Fuck you, Washington County. Fuck. You.

A memorial service will be at 1 p.m. Saturday, Sept. 13, 2008, in Powell Butte Christian Church for Richard Tod Girt of Redmond, who died Sept. 9 of cardiac arrest at age 43.

Richard Tod Girt was born June 14, 1965, in Portland. He graduated from Glencoe High School- (class of 1983 )and Portland State University and worked for the Tualatin Valley Water District. He moved to Redmond in 1998 and owned Aspen Creek Enterprises. In 1987, he married Ann C. Lydon.

I learned of the passing of Tom a year ago, he was such a great person.
His death was caused by an accidental overdose, resulting in a heart attack.
I think of him a a lot.

So so sad to hear of Tod's death. I went to senior prom with and dated him my senior year. My condolences to his family.

Walt, my brother, lost his battle with cancer in April of 2009. He was a 1986 graduate and two sport athlete while attending Glencoe, footballl and basketball. He was well liked by many and had an unforgettable smile.

After graduating from Glencoe he attended Western Oregon University, Shasta Community College, and finally graduated from Oregon State Universtiy. He met his wife while at Shasta Community College and finally settled in Pendleton, Oregon where he became the head football coach at Pendleton High School and a big part of the Pendleton community. A memorial service was held in Pendleton in late April and was attended by many family members and close friends. 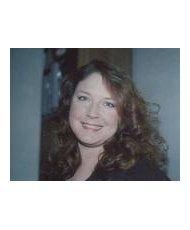 Read and submit stories about our classmates from Glencoe High School, post achievements and news about our alumni, and post photos of our fellow Crimson Tide.