Have you lost your Glassboro High School class ring? Have you found someone's class ring? Visit our lost class ring page to search for your class ring or post information about a found ring.

Edward H. Pasztalaniec, Jr., age 58, of Wilmington, DE, formerly of Glassboro, NJ, died on Sunday, January 23, 2011.
He is survived by his sister, Janis R. Pasztalaniec of Sewell, NJ; nieces, Kirsten Rogers and Alayna Pasztalaniec; nephew, Scott Rogers; great niece, Kali; and great nephew, Griffin. In addition to his parents, he was preceded in death by a sister, Charlotte Rogers.

In memory of my Mother who taught English At GHS, who passed away on November 18th 2006 after along fight with Parkinsons Disease and Dimentia

Paul passed away in Florida but is buried in Manahath Cemetery in Glassboro.

Married to Suzan (Schwenger) Reid for 42 years. Both graduates of GHS they lived in Mannington Township, NJ and had three grown children and 7 grandchildren. He was stricken with ALS (Lou Gehrigs disease).
Now missed so much by family and friends.

After a four year battle with cancer, Richard passed away in Tamarac, Florida

Our Class President Tim Donnelly passed away in a tragic accident on yesterday. Tim always had a smile on his face and always made you feel like he was glad to see you. Our condolences goes out to his lovely wife and our classmate Renee Cioffi Donnelly and their two beautiful children. Tim will be sorely missed. 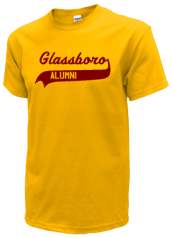