Have you lost your Geneva High School class ring? Have you found someone's class ring? Visit our Eagles lost class ring page to search for your class ring or post information about a found ring.

PLYMOUTH TOWNSHIP Barbara A. Nelson, age 55, of Daly Road, died Thursday, May 6, 2010, after a courageous battle with Cell Lymphoma.

She was born July 4, 1955, in Fort Meade, Md., the daughter of Arvina Anthony and beloved sister of three sisters and two brothers.

A 1974 graduate of Geneva High School, Barb would tune in Sunday mornings to the Blue Grass Gospel Services on the radio. She enjoyed line dancing with her partner and soul mate, Tom, whom she met while taking lessons. She especially loved to dance the Butterfly Waltz with him.

She enjoyed reading romance novels, adding to her collection of bears, listening to music, and watching movies with Tom.

Photography was a big part of her life and many family and friends were in the lens of her camera. She is quoted as saying; If the shot was there, I took it.

A Celebration of Barbara's Life will be held 4 p.m., Thursday, May 13th, at the ZABACK-DUCRO FUNERAL HOME, 500 W. Prospect Road, Ashtabula. The Rev. Michael Legg, Pastor of the First Church of the Nazarene, will officiate. Private Inurnment will be at Greenlawn Memory Gardens, North Kingsville, Ohio.

Calling Hours will be from 1 to 3 p.m. Thursday, May 13th, with Celebration of Life Service to follow at 4 p.m.

ZABACK-DUCRO FUNERAL HOME is in charge of arrangements. Obituary and condolences at www.ducro.com and starbeacon.com

He was born January 18, 1969 in Ashtabula the son of Nelson and Carolyn (Light) Rowan.

He enjoyed hunting, fishing and being outdoors. He loved spending time with his nieces and nephews.

Carol passed away February 24, 2010 from complications from cancer surgery. Survived by her brother, William Hall, and her son, M.J. Huebschman of Texas.

GENEVA Caroline K. Fasula, age 40, a resident of Geneva, Ohio, passed away Saturday, July 25, 2009.
Born June 2, 1969, in Painesville, Ohio, she was a daughter to Kathryn Ann (Wolfe) and Walter Herbert Witt. Caroline was a graduate of Geneva High School and ACJVS.
A Dental Assistant for various local dentists and orthodontists, she also worked as a beauty advisor for several years for many cosmetic lines including Clinique, Clarins and Lancome.
She was active in the 4-H club and loved horseback riding and participated with the Spencerettes drill team. She also enjoyed camping and riding her Harley Davidson motorcycle.
Survivors include her sons, Bryant Fasula, serving in the U.S. Navy stationed in Okinawa, Japan, and Dakota A. Witt of Geneva; her parents, Kathryn Ann and Walter H. Witt of Geneva; and a brother, Herb (Gina) Witt of Madison.

Born April 8, 1968. Chris was struck by a vehicle while walking down a road in Geneva On The Lake, Ohio at the age of 24.

Debra J. Reiss, 55, of Panama City, passed away Wednesday, Feb. 15, 2012 at a local hospital. Debi was born in Geneva, Ohio. She served in the US Navy for six years, and in civil service for 26 years. She worked at the Naval Surface Warfare Center as an IT Specialist. Debi loved traveling and was an avid bike rider. She loved her husband, sons and grandsons. She was a wonderful mother, loyal friend and John's soulmate. A true light in this world has been extinguished and we all will miss her terribly and always.

She is preceded in death by her mother, Pauline Bennett. She is survived by her husband, John; her sons J.T. and Dirk (Mandi); her grandsons Peyton & Bentley; her father Robert Bennett; her sister, Lisa Bennett; her brothers, Robert and James Bennett; and numerous nieces, nephews and cousins.

Memorial services will be held Monday, Feb. 20, 2012 at 2 PM at Kent Forest Lawn Chapel. Friends will be received Monday, from 1 to 2 PM at the funeral home. Debi's final resting place will be at Evergreen Cemetery in Geneva, Ohio.

ORLANDO, Fla. -- Frank L. Hocevar, 29, of Geneva died Wednesday, May 27, 1998.
Born Dec. 27, 1968, in Painesville, he was the son of William J. and Patricia (DeCola) Hocevar.
Mr. Hocevar worked as a highway crewman for the Ohio Department of Highways before becoming an apprentice electrician with the International Brotherhood of Electrical Workers.
He was a 1987 graduate of Geneva High School where he played basketball. He enjoyed baseball, golf, hunting, pool and darts.
Survivors include his parents; two sisters, Tina Marie Fabel of Saybrook and Dawn Marie Waldmann of Cincinnati; two brothers, William Jr. of Madison and Christopher of Lyndhurst; a paternal grandmother, Stephannie Hocevar of South Euclid; and maternal grandparents, Mary and John DeCola of Mentor.
He was preceded in death by his grandfather, Frank Hocevar.
Service is 10 a.m. Tuesday at the Assumption Catholic Church, 594 West Main St. Geneva, with the Rev. Paul Tobin officiating. Burial will be in Evergreen Cemetery, Geneva.
Calling hours are 4 to 8 p.m. Monday at the Behm Family Funeral Home, 175 South Broadway, Geneva.

Jamie passed away in a house fire. He was a wonderful brother and the best uncle in the world

Loved life. Enjoyed Sports. Great Guy. Let's not forget to remember the one's who leave us behind.

Judy passed away Tuesday, June 16th at her home in Milford, Ohio. Funeral will be Friday, June 19th at the Evans Funeral Home 741 Center St. Milford, Ohio 513 831-3172. She is survived by her daughter Shannon Britton.

BROOKSVILLE, Fla. — Linda (Rowe) DeBarber, age 56, of Brooksville, Fla., died unexpectedly Thursday, Dec. 29, 2011, at her home. She remained an area resident prior to moving to Florida two years ago.

Born Oct. 16, 1955, in Welch, W.Va., she was the daughter of Oscar Hugh Easter and Eonia (Ann) Rowe. Linda attended Geneva High School and graduated from the Knoedler School of Nursing.

She worked as a Nurse in the hospital and also worked in a correctional institute healthcare setting. She loved being a nurse and her patients highly respected the love and compassion she showed them.

As a hobby, she enjoyed gardening outside in her yard and watching old movies.

Linda was preceded in death by her father, Hugh, and an infant grandson, Kenny.

A Funeral Service will be held at 1 p.m., Friday, Jan. 6th, at the WALKER FUNERAL HOME, 828 Sherman St., Geneva, with burial to follow at Evergreen Cemetery in Geneva.

Contributions may be made to the family, in care of WALKER FUNERAL HOME.

Obituary and condolences at starbeacon.com

Lynn (Williams) Banfield passed away from complications due to sepsis. She is survived by her daughter Michelle (Banfield) Robison class of 91 GHS and her Siblings
Beth (Williams) Haywood, Lauren (Williams) Mayo, Ed Williams, James Williams and Meredith (Williams) Grandstaff All of whom are
GHS allumni.

She had a long career in nursing and was a PNG with the Rebecca's Madison chapter. She was also involved in community Theater in Sandusky, Oh.

(If you have any further names or information, please contact me at this site.)

Rob died in his home 9-6-2003.
He enjoyed boating, camping, spending time with his family, woodworking, hunting, and motorcycling.
He was a great friend.

Bob worked for Southeastern Equipment as the foreman diesel mechanic in Mentor, Ohio for 11 years and was a foreman at Ronyak Brothers Paving in Burton for 7 years.

He was a fan of truck and tractor pulling and blue grass music.

He was preceded in death by his father, Donald E. "Brad" Bradbury in 2004.

Tommy C. Cowle, age 42, resident of Geneva, Ohio, passed away Sunday, February 26, 2012 at his home after a decade long battle with ALS.

Tommy worked for several years for RP Carbone Construction Management Company. A 1988 graduate of Geneva High School Tommy went on to graduate from ETI Technical School with his degree in computer drafting and design. He was the Co-founder and Director of Operations for Renegade Racing Association in Thompson. He had a passion for drag racing and hanging out at the garage with Jimmy Loveland. Tommy was an amazing and supportive Father who loved spending time with his family.

Tommy was preceded in death by his paternal grandparents, Walter and Evelyn Cowle; maternal Grandparents Ressie and Eleanor Bissett as well as his Aunt Virginia Kennedy.

Tracy Kennedy 29, died August 23, 2000 while on vacation in Canada. Any questions? Feel free to contact Kelly (Tracy's sister) at kjrjmr97@yahoo.com
12 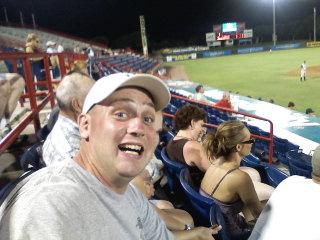 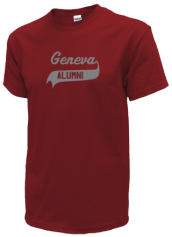 Read and submit stories about our classmates from Geneva High School, post achievements and news about our alumni, and post photos of our fellow Eagles.

DVD's of football games from 1946-1981will be available to anyone interested. Number of games per season and quality va...
Read More »