Have you lost your Gainesville High School class ring? Have you found someone's class ring? Visit our Hurricanes lost class ring page to search for your class ring or post information about a found ring.

Bob Haines
Class of 1962
Navy, 20+ Years
I served in the USAF (SSgt) for 2 enlistments and later retired from the Navy as a chaplain. Vietnam and Desert Storm veteran.
Report a Problem

Karana Burroughs
Class of 1997
Army, 7 Years
Enrolled in NJROTC for the first three years of high school, then joined the Army Reserves the summer before my senior year. Went active duty in the regular Army and served in Japan and South Carolina.
Report a Problem

Lisa L Dean
Class of 1980
Air Force, 22 Years
I was trained by the Air Force in Radiology. The Air Force was good for me. I also took it very seriously that I was there to defend my country.
Report a Problem 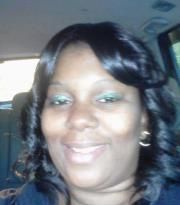 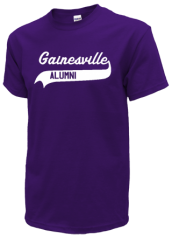 Read and submit stories about our classmates from Gainesville High School, post achievements and news about our alumni, and post photos of our fellow Hurricanes.

Melanie Burroughs (class of 74) - celebrated two years post surgery for ovarian cancer. I am currently in remission and...
Read More »

View More or Post
In Memory Of
Our Gainesville High School military alumni are some of the most outstanding people we know and this page recognizes them and everything they have done! Not everyone gets to come home for the holidays and we want our Gainesville High School Military to know that they are loved and appreciated. All of us in Gainesville are proud of our military alumni and want to thank them for risking their lives to protect our country!