Have you lost your Franklin Pierce High School class ring? Have you found someone's class ring? Visit our Cardinals lost class ring page to search for your class ring or post information about a found ring.

Jack’s health declined over the years and it was mainly due to agent orange from his time in Vietnam Nam. He died after spending a wonderful few days at Disneyland with some grandkids and a great grandson. His heart just gave out.

This is Mike's sister posting this. He was murdered in 1983 by someone that was suppose to be his best friend. He is buried at Fir Lane Memorial Park in Spanaway, WA over near the horse arena area.

The family and parents of Shiloh Poulos would like to invite all the alumni of Washington High School to join them in a Memorial and Celebration of her life. Shiloh was called home in Heaven November 25, 2017.

Gone But Not Forgotten

Most all my friends knew my dad and they all thought he was the coolest. RIP Dad 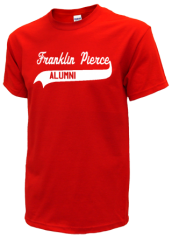 Read and submit stories about our classmates from Franklin Pierce High School, post achievements and news about our alumni, and post photos of our fellow Cardinals.