Andy passed away February 1989 due to cancer. You may contact his sister Cindy Celello Lawrence at crlawrence4@msn.com

Cecil attended Fontana Jr High and graduated with honors from Fohi, class of 1966. He married Jeanie House (also class of 1966). He and Jeanie were well known sweethearts during their high school years. They were married 36 years. Cecil was a funeral director, paramedic, and construction superintendent. He and Jeanie have 3 sons, Russell, Cody, and Aaron and a daughter, Andrea. They also have 12 grandchildren, and 4 step grandchildren. Cecil was blessed with a great sense of humor and an adventurous spirit. He is loved and missed by many.

Attended West Randall Elementary School, Sequoia Jr Hi, & would have graduated with Fohi class of 1966 had he not enlisted in the USMC during the Viet Nam years. He went back to school later & got his GED. He married the former Faye Duffy who he met & fell in love with when he was 15yrs old. They were together 52yrs. Married for 47 of those years. He was in the automobile business for over 40yrs. He & Faye had 2 sons, Brian & Scott. They also had 3 grandchildren, Serina, Andrew, & Camryn. He bravely fought many health problems, especially during the past 7 years always with Faye by his side. The Lord called him home fittingly, on Veterans's Day 2014. He is so missed by all who knew & loved him!!
RIP My Love

For those who do not know, my brother Butch passed away 10 years ago. He had a heart attack at age 49. I miss him every day.

May 5, 1961 - December 26, 2019 Donna Wagaman went to be with The Lord on December 26, 2019. Donna was born on May 5, 1961 in West Hartford, Connecticut. Her parents were Gerald and Joanne Ouellette. She grew up in St. Francis, Maine until 1974 when her family moved to Bloomington, CA, at the age of 13. She married in 1985 and had 2 children. She was loved by many, and those who knew her would tell you she was always available to help out where she can, to offer a kind word of encouragement or just be a friend to talk to. She loved her family and The Lord with all her heart and there is no disputing the deepness of her Faith. We all will miss her kind and loving spirit. Donna was preceded in death by her father, Gerald Ouellette and is survived by her husband of 34 years, Robert Wagaman, sons Erik Wagaman (Francesca) and Matthew Wagaman, one grandchild, brothers Steven Ouellette (Brenna) and Wayne Ouellette (Tammie), her mother Joanne Ouellette and several nieces and nephews. Memorial services will he held on January 25 at Bethel Christian Fellowship, 9134 Mango Ave., Fontana, CA at 11:00 am. The family is requesting donations to the Pulmonary Hypertension Association in lieu of flowers at phassociation.org/donate.

Kay left behind his wife, 5 daughters and 7 grandchildren.

Michael passed away from injuries sustained in a car accident in Bowling Green, Michigan. He was in the Navy and left behind two beautiful children and lots of family that loves and misses him everyday.

Randy passed away due to complications of Non-Hodgkin Lymphoma. He is survived by his wife of 51 years, Melanie, of Logandale NV, 6 children, 23 grandchildren and 5 great grandchildren, our hearts are broken.

May you rest in Peace & your Spirit continues to live with us as a righteous Classmate of Fohi Steelers. You are missed & loved always.

Bob passed from natural causes - apparently his heart just stopped. Bob lived in Salida, CO and left behind four grown children, three sons and one daughter, and his wife plus several brothers and sister as well as other family. He is loved and missed every day!
12 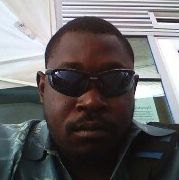 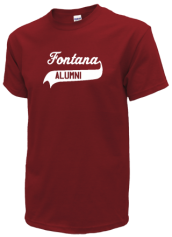