Have you lost your Florence High School class ring? Have you found someone's class ring? Visit our Mighty Eagles lost class ring page to search for your class ring or post information about a found ring.

On 02 September 2008, our classmate Keith Daniels passed away due to complications brought on by asthma. Keep him in your thoughts and prayers.

Here is a link to Michael's Facebook.com webpage. Please visit and leave a message. I remember Michael well. He was a very friendly and kind man. He'll be missed.
http://www.new.facebook.com/group.php?gid=26825056101

Michele fought leukemia and won the battle but was one of those rare cases of a tooth extraction taking her life. She has a wonderful husband and two boys that she left behind as well as her three sisters.

This is the day I lost my best friend, my twin Traci, due to a car accident. I cherish all the memories and great times (both in and out of school) we had together . She was so crazy and fun, although we did fight like all siblings do.

She had one son, Kurt, and was the best mom.

I still miss talking to her daily, her jokes and pranks, but most of all her smiling face.

IN LOVING MEMORY OF TRACI 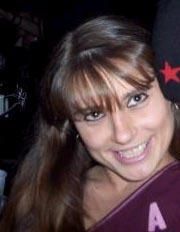 Read and submit stories about our classmates from Florence High School, post achievements and news about our alumni, and post photos of our fellow Mighty Eagles.