Have you lost your Findlay High School class ring? Have you found someone's class ring? Visit our Trojans lost class ring page to search for your class ring or post information about a found ring.

Colton D. Kinninger
Class of 1993
Army, 10 Years
Currently a student at the Combined Logistics Captain's Career Course at Fort Lee, VA. Currently have a total of 25 months deployed to Iraq over 3 different tours.
Report a Problem

Halson Kent Edie
Class of 1967
Air Force, 20+ Years
Col H. Kent Edie (USAF, Ret) served over 26 years with the Air Force as a Navigator/Weapon Systems Officer, Senior Staff Planner, and System Requirements Division Chief. His career started with a combat tour in F-4 Phantoms in Vietnam, a navigation instructor for the USAF and as an exchange officer to the Royal Air Force, and a staff career at HQ Military Airlift Command--HQ Air Combat Command--HQ USAF Air Staff--and the Joint Staff. Following military service he worked as a defense contractor at the Air Staff, US Central Command, and US Special Operations Command. He has also been a licensed real estate agent in Ohio, Virginia, California and Florida. He is currently a licensed Real Estate Broker in Florida. (Also "Starred" in the movie Contact with Jodie Foster.)
Report a Problem

James W. (Bill) Farison
Class of 1970
Army, 20+ Years
Served 21 years in the US Army. Spent 7 years with the 82d Airborne Division and 3 years with the 101st Airborne Division. Assigned to the 101st ABN DIV during the first Gulf War from August 90 through May 1991 (Desert Shield and Desert Storm). Also had a tour of duty in Okinawa and two tours in Germany. Retired in August 1992 as a CW3 and began working for the Defense Finance & Accounting Service in Indianapolis as an IT Systems Administrator and Analyst.
Report a Problem

JJ Smith
Class of 1991
Navy, 4 Years
Was in the Persian Gulf War
Report a Problem

Kenneth Paul Smith
Class of 1978
Navy, 4 Years
Served from 1983 to 1987 as an Aviation Structural and Hydraulic Mechanic, E-5 in the squadron VS-22, S3-A Viking aircraft out of NAS
Cecil Field, Jacksonville, FL or the USS John F. Kennedy aircraft carrier. Made two tours to the Mediterranean Sea. In the 1983-1984 tour we bombed Beirut, Lebanon after the Marine barracks was attacked in an act of terrorism. Earned the Naval Expeditionary medal and the Battle 'E' Efficiency Ribbon. Two aircraft were shot down, one pilot killed. In the 1985-1986 tour Colonel Gadaffi of Libya was responsible for terrorists attacks in Europe and Libya was bombed taking out two of his palaces and killing his daughter. He sent his Libyian Navy to sink our ship but that didn't happen. I worked the hangar deck but mostly the flightdeck as maintenance and as a plane captain. The Russians would constantly follow our ship in the Med picking up our garbage hoping for some intelligence. They flew two Russian bombers low level over our ship as a "training exercise". Lost one of our aircraft flying reconnaissance over the Greek Islands; 3 officers and one enlisted presumed killed as they were not found. Earned another Battle 'E' Efficiency Ribbon and a Good Conduct medal. Honorably discharged.

Michael L Peterson
Class of 1967
Navy, 8 Years
Joined the Navy December 1967 in the delayed entry program. Went to Boot Camp April 1968 Finished Boot Camp July 1968. Started Basic Electricity School in San Diego late July 68 Completed late August. Transferred to Electronic School Treasure Island, San Francisco Bay. March 21,1969 Married Sharon Reissig ( Class of 68 ) in the Navy Chapel on the training base. Completed Electronic School early September 69. Back to San Diego for Training Devices School. Reported to my first ship USS Northampton CC1 in Norfolk, Virginia mid December 69. Mid January 70 the ship was towed to Portsmouth Naval Shipyard to start decommissioning. In late February I was reassigned to the USS BIDDLE DLG-34 in Norfolk. Mid April 1972 the Biddle was dispatched to Vietnam on three days notice, very hectic for Sharon and our 2 sons. In early July we were attacked by North Vietnamese jets two times 20 minutes apart. One jet was shot down by our missiles in the first attack and a probable kill was made by our big guns on the second attack. The ship returned to Norfolk in October. In September 1973 I was transferred to my last command at Combat Direction System Training Center at Dam Neck, Virginia, which is on the Southern edge of Virginia Beach. I received my Honorable Discharge June 10, 1976 as a 2nd Class Petty Officer or E5.
Report a Problem

S Duane Stratton
Class of 1954
Navy, 24 Years
Graduated from US Naval Academy 1959. Served 20 years as a Naval Aviator with proven subspeciality in Nuclear Weapons. Earned the Bronze Star with Combat V while in Vietnam 1969 to 1970. Married to wife Jane for 52 years when she passed away in 2017. Have a son who's a managing lawyer with a San Francisco law firm and three grand grandkids ages 17 through 22.
Report a Problem 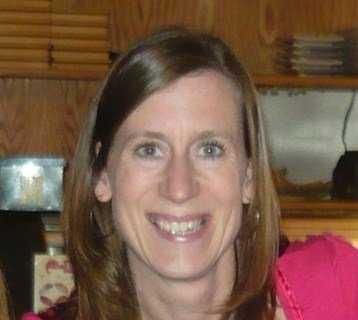 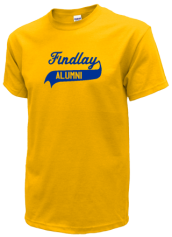 Read and submit stories about our classmates from Findlay High School, post achievements and news about our alumni, and post photos of our fellow Trojans.

View More or Post
In Memory Of
Our Findlay High School military alumni are some of the most outstanding people we know and this page recognizes them and everything they have done! Not everyone gets to come home for the holidays and we want our Findlay High School Military to know that they are loved and appreciated. All of us in Findlay are proud of our military alumni and want to thank them for risking their lives to protect our country!