Have you lost your Ferris High School class ring? Have you found someone's class ring? Visit our Saxons lost class ring page to search for your class ring or post information about a found ring.

Brian Selck
Class of 1985
Army, 20+ Years
I retired in 2005 from the Army and served one tour in Iraq. I have also completed six years of college. I live in Dupont, WA. with my wife. I have a 25 year old daughter, and a 17 year old daughter. In December I will be a grandfather.
Report a Problem

Chad Crouch
Class of 1996
Navy, 13 Years
Chad joined the navy in 1997 and is making it his career. He is an e-6 and s stationed in Ft. Worth Texas.
Report a Problem

Greg Barclay
Class of 1978
Air Force, 20+ Years
My 22 years in the Air Force were extremely rewarding . My goals in life were to be a pilot and live on a boat. Can't live on a boat in Spokane (camp on our ski boat now and then), but I was able to be an aircraft commander and instructor on a KC-135 (Boing 707) air refueling tanker. Got to see the world over several times, flew in several wars, and probably got shot at refueling over the top of Baghdad, Iraq. Best memories were on my "hardship tour" when I got to spend over 5 years in Hawaii. Wouldn't trade my experience for anything.
Report a Problem

Harold A. Merian
Class of 1978
Navy, 20+ Years
Corpsman to nurse anesthetist, great career with time aboard the USS Constellation-was catapulted off the ship and then caught by the arresting cable upon return. Very exciting times.
Report a Problem

Harold D. Gray III (Doug)
Class of 1969
Marine Corps, 6 Years
Served in the 1st Marine Aircraft Wing with MATCU-60/ MAG15 & MAG-12 on the first tour and MATCU-66/MAG-36 during my second tour during the last years of the Vietnam War. I was a ATC technician, primarily precision and surveilance radar for air traffic control and air control operations. I left the Marine corps as a sergeant E-5 with the MOS of 5953.
Report a Problem

James Meadows
Class of 1978
Army, 4 Years
US Army Officer stationed in Germany - Air Defense Artillery (If it flies, it dies).
Report a Problem

Jim Ferguson
Class of 1978
Army, 9 Years
Two tours: The first tour, from 1978-1983, Took Russian at Defense Language Institute (DLI) in Monterey, CA for 1 year 4 months in an extended Basic and Intermediate class. After technical school, served in at Field Station Augsburg in Germany until January, 1983.
After living as a civilian for 3 years I went in to the Army again in (Feb. 1986) and was sent back to DLI for another year, this time to study Korean. After another stint at tech school I served 1 year in Korea in the 102nd MI Bn (with several duty assignments in the area between Seoul and the DMZ (which separates N and S Korea. My service ended in February, 1990 after serving in the 109th MI Battalion at Ft. Lewis, WA 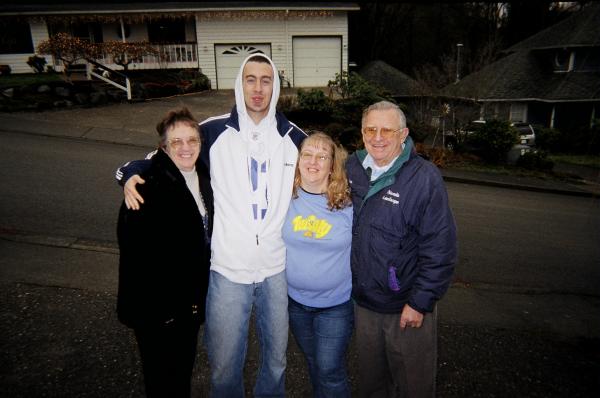 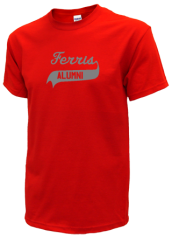 Read and submit stories about our classmates from Ferris High School, post achievements and news about our alumni, and post photos of our fellow Saxons.

Revenge of The Rubber Chucken

REVENGE OF THE RUBBER CHICKEN

View More or Post
In Memory Of
Our Ferris High School military alumni are some of the most outstanding people we know and this page recognizes them and everything they have done! Not everyone gets to come home for the holidays and we want our Ferris High School Military to know that they are loved and appreciated. All of us in Spokane are proud of our military alumni and want to thank them for risking their lives to protect our country!