Have you lost your Fall Mountain Regional High School class ring? Have you found someone's class ring? Visit our Wildcats lost class ring page to search for your class ring or post information about a found ring.

Albert Johnson
Class of 2004
Marine Corps, 2 Years
Currently preparing to serve second overseas tour of duty. Was in Afghanistan first but will now be leaving for iraq
Report a Problem

Christine Chaffee Bourquin
Class of 1984
Navy, 11 Years
I was in the Navy for 11 years as Cryptological Technician. I was an E6 or CTR1.
Report a Problem

Claude Lovell
Class of 1973
Army, 20+ Years
Now serving in Iraq helping the Iraqi Interior Ministry with the establishment and growth of their financial managment capabilities. The IBA (ask a military cadet what IBA is) I was wearing, in this picture, weighed about 70 pounds.
Report a Problem

David Durling
Class of 1977
Army, 20+ Years
Served 20 years in the NH Army National Guard, retiring as a major in 2005. Most recently deployed to Kosovo in 2002-03. Deployed to or trained in Germany, Panama, Ecuador, Trinidad, Croatia, Belize, and Macedonia. Served in infantry, public affairs, maintenance and personnel.
Report a Problem

Nelson Kinney
Class of 1968
Navy, 4 Years
Served on 3 aircraft carriers.
The USS Shangri-La Stationed in Mayport Fla. Spent 1 year off the coast of viet nam
The USS Wasp stationed in RI. spent 11 month in the Med &
The USS Intrepid staationed in RI. Spent 6 months in the north alantic

Sean Crowley
Class of 2004
Army, 1 Years
In Iraq as of now
Report a Problem

Tracy Carrasquillo
Class of 1978
Air Force, 4 Years
Served in US Air Force at Lackland AFB for 1.5, Goodfellow AFB for 6 months and 2 years at Sembach AB in Germany.
Report a Problem 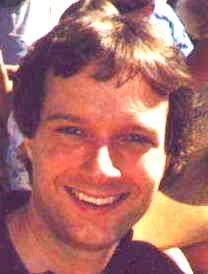 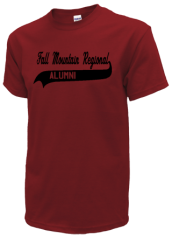 Read and submit stories about our classmates from Fall Mountain Regional High School, post achievements and news about our alumni, and post photos of our fellow Wildcats.

On Saturday, November 26, 2011 there will be alumni basketball played at Fall Mtn. The girls varsity will take on the a...
Read More »

View More or Post
In Memory Of
Our Fall Mountain Regional High School military alumni are some of the most outstanding people we know and this page recognizes them and everything they have done! Not everyone gets to come home for the holidays and we want our Fall Mountain Regional High School Military to know that they are loved and appreciated. All of us in Langdon are proud of our military alumni and want to thank them for risking their lives to protect our country!