Have you lost your Fair Grove High School class ring? Have you found someone's class ring? Visit our Eagles lost class ring page to search for your class ring or post information about a found ring.

Andrew Dorris
Class of 2005
Marine Corps, 4 Years
I am a CBRN Marine stationed at Camp Lejeune NC. I have done one tour in Afghanistan in 2008. I love what I do and look forward to an exciting career as a Marine. Semper Fidelis! Cpl Dorris
Report a Problem

Chris Baxter
Class of 1989
Navy, 8 Years
Currently serving as the Safety Chief for NMCB-15 (The Seabees). We returned home in April 08 after serving 7 months in the Desert.
Report a Problem

J. David Jacques
Class of 1969
Air Force, 4 Years
Spent 4 years running main frame computers and have done so for the last 40 years. Thank you Uncle Sam for the training and experience.
Report a Problem

Jared Duff
Class of 1992
Marine Corps, 11 Years
Still serving and loving the life. An Armor Officer by trade. Veteran of Humanitarian ops in East Timor, Recovery of USS Cole and Operation Southern Watch as a Platoon Commander. Commanded a Tank Company in Iraq in 2006. Am currently training Reserve Marines in their Armor task. Greatest joy is serving my country with my wife (Amanda) at my side with our new little one (Jared Jr.). To all at FGHS Faculty past and present you make a difference every day, God Bless you for you work and efforts. Semper Fi.
Report a Problem

joe beeghly
Class of 1989
Navy, 4 Years
spent 1 year at great lakes and 3 on board the USS Vancouver out of san diego, was in the straits when we switched from desert shield to desert storm, spent a total of 9 months in the gulf during the first gulf war.
Report a Problem 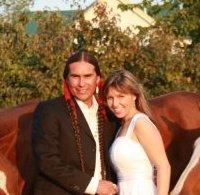 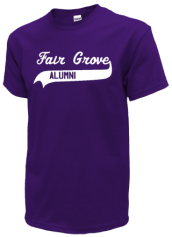 Read and submit stories about our classmates from Fair Grove High School, post achievements and news about our alumni, and post photos of our fellow Eagles.

View More or Post
In Memory Of
Our Fair Grove High School military alumni are some of the most outstanding people we know and this page recognizes them and everything they have done! Not everyone gets to come home for the holidays and we want our Fair Grove High School Military to know that they are loved and appreciated. All of us in Fair Grove are proud of our military alumni and want to thank them for risking their lives to protect our country!