Have you lost your Evans High School class ring? Have you found someone's class ring? Visit our Trojans lost class ring page to search for your class ring or post information about a found ring.

Alphonso Jefferson, Jr.
Class of 1988
Navy, 20+ Years
20 years in the Navy Reserves. Achieved the enilisted rank of Chief Petty Officer, and was selected for an officer program. Currently, Lieutenant. Recalled to active duty for duty in Afghanistan in 2007.
Report a Problem

Brian Benematti
Class of 1986
Marine Corps, 20+ Years
I served 20 plus years in the Marines as a Recon Marine. I joined the Marines while I was still in my Senior Year at Evans. I spent my last Summer before going to Parris Island working as a lifeguard at Wet-n-Wild chasing the girls and having fun surfing at New Smyrna. Those were some great years! However, the fun really started sometime after midnight, when myself and 90 other young kids who thought we knew exactly what we were getting into arrived at the Front Gate to Parris Island! Yes, Boot Camp Sucked but it didn't kill me. After Boot Camp, headed to North Carolina, then off to the west coast of California. I completed multiple WES-PAC Deployments and 2 deployments to Iraq and my last was to Afghanistan. I retired in 2010 and Retired back into the South.
Report a Problem

Brian J Pendley
Class of 1974
Army, 20+ Years
Joined the military on April 1 1980 (April Fools Day.) Completed Basic Training as a 13F (Field Artillery Forward Observer.) First duty assignment was Fort Stewart GA. It didn't take long to realize that running with the infantry was not my desired position in the army. I reached the rank of Specialist 4 (E-4), and was awaiting promotion to Sargent (E-5) when I was accepted for Flight Training at Fort Rucker, AL. I completed flight school, and was appointed WO1 (Warrant Officer One) in August 1983. Spent 20 years flying helicopters all around the world. In late 2003 I completed the FWQC (Fixed Wing Qualification Course). In April 2004, I was at Hunter Army Airfield, Savannah, GA flying airplanes. I spent the remainder of my career flying numerous different types of airplanes all around the world. My last promotion came on December 1, 2004 (my Birthday.) I had achieved the highest Warrant Officer Rank available, CW5 (Chief Warrant Officer Five.) I remained in that rank until my retirement on October 31, 2013 (All Fools Day.) I like to say, "I went into the military on a Fools Day, and departed the military on a Fools Day." I know I did the right thing going into the military. I am one of the most fortunate people. I had a job I loved (wanted to be a pilot from age 13), traveled the world, and have wonderful benefits for the rest of my life. Because of my 33 plus years in the military I am fully retired. I now do all the other things I love to do. Including, grow my hair long again, and have a beard. Life is great.
Report a Problem

Bruce Slamin
Class of 1978
Air Force, 20+ Years
After graduation, I served more than 13 years with Active Army; another 2+ years with Army Reserve and National Guard. After a 9-year break as a civilian, joined the Air Force Reserves after 9/11 and still currently serving.
Report a Problem

Bruce W. Findley
Class of 1968
Navy, 20+ Years
I served just over 25 years in the Navy. The first two years were spent in Navy schools: The first year was spent in Electronics Technician schools in Great Lakes. Next, came Naval Nuclear Training pipeline schools for another year. I served on four (4) nuclear powered submarines totaling fifteen (15) years, eight (8) of which were spent at sea, under water. Intermingled among the sea tours were three shore tours, happily all in Orlando. I spent the first as a boot camp Company Commander, the second as an instructor at Naval Nuclear Power School, and the last as Command Career Counselor at the Nuclear Power School. From there I retired as a Master Chief Petty Officer in retired in 1995.
Report a Problem

Craig Lanterman
Class of 1977
Air Force, 20+ Years
Served in the Air Force for 34 years Air to Ground and Global Satellite Communications Systems, Pentagone for 2 years, Aircrews Egress Systems Technician Ejection Seats and Canopy Systems for Fighter Air Craft, Instructor for the Air Force. Completed my associates in Enviromental Systems and I have a Bachelors and Masters Degree in IT. Currently working as an Quality Inspector overseeing government contracts with a Level II Acquisition Certification,NDT Certifiation, Microsost Certification, and an Electronics certification for Robotics and Laser Systems. I work under the Aerospace Missile Division out of Huntsville AL and work in Tennessee.
Report a Problem

David Sargent
Class of 1970
Marine Corps, 4 Years
Microwave Radio Repair Tech, by MOS, if its broke fix it what ever it is by orders.
Report a Problem 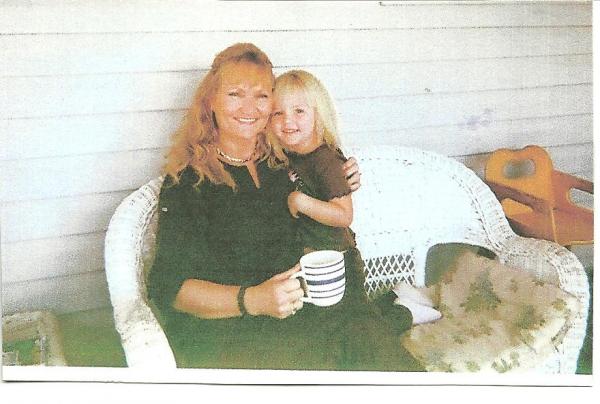 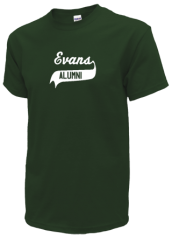 Read and submit stories about our classmates from Evans High School, post achievements and news about our alumni, and post photos of our fellow Trojans.

The Maynard Evans High School Basketball Booster Club is in the process of forming a Basketball Alumni Association and w...
Read More »

View More or Post
In Memory Of
Our Evans High School military alumni are some of the most outstanding people we know and this page recognizes them and everything they have done! Not everyone gets to come home for the holidays and we want our Evans High School Military to know that they are loved and appreciated. All of us in Orlando are proud of our military alumni and want to thank them for risking their lives to protect our country!