Have you lost your East Longmeadow High School class ring? Have you found someone's class ring? Visit our Spartans lost class ring page to search for your class ring or post information about a found ring.

Todd G. Quesnel 1971 - 2007 SPRINGFIELD - Todd G. Quesnel, 35, of Springfield, passed away at home on Wednesday, April 25, 2007. Born October 27, 1971, the son of Gerald L. Quesnel and the late Margaret (Whitaker) Quesnel, he lived in Springfield for the past 10years and previously in East Longmeadow. Todd was a graduate of East Longmeadow High School, Class of 1989 and later attended Mount Ida College. He was a US Navy veteran of the Desert Storm Conflict. Todd was a machine operator for the Plastipak Co. of East Longmeadow along with working for T+S Professional Cleaning. Previously he worked for Butler Carpet Cleaning Co. He was an avid NASCAR racing fan and loved fireworks. He is survived by his beloved wife of 8 years, Jody C. (Jankowski) Quesnel; a son, Noah J. Quesnel; his father, Gerald L. Quesnel, of East Longmeadow; a sister, Dawn M. Quesnel and her husband Brett Zimmerman, of Norfolk, MA; his mother and father-in-law, Joseph and Christina Jankowski, of Chicopee; 2 sisters-in law, Anita Fleckenstein and her husband Brian, of Rutland, MA and Barbara Padilla and her husband Ralph, of Chicopee; a brother-in-law, Stephen Jankowski, of Chicopee; 2 nephews, Kenneth Fleckenstein and William Jankowski; and aunts, uncles, cousins and dear friends.

EAST LONGMEADOW, MA – Kathleen M. (Barry) Holmes, 39, passed away peacefully on June 15, 2008. The daughter of James W. and Judith A. (Breguet) Barry of East Longmeadow, Kathy was born on January 22, 1969. A life-long resident of East Longmeadow, Kathy spoke fondly of the closeness of the community. “The friends my family and I have come to know and share our lives with compare to nowhere else. This town is a very special place”, she recently remarked. Kathy graduated from East Longmeadow High School in 1987. She attended Bay Path Junior College where she earned a Liberal Arts Degree. Kathy continued her education at Westfield State College, graduating with a degree in psychology. The greater part of Kathy’s career was spent working at Mercy Hospital, most recently at the Family Life Center. She often said her colleagues were another very special group of friends. As a loving wife and mother, Kathy viewed motherhood as her true vocation and real calling. “My children are each a treasure. I am so proud of them and blessed to be their mom” she said with great love and pride. Kathy also enjoyed traveling and especially loved the ocean. She frequently spoke of time spent with her family in Aruba, on Cape Cod, and in Maine. These trips left Kathy with many happy memories of family and friends, many of which she captured in beautiful scrapbooks. She was a very creative person who had a real flair for scrapbooking and, more especially, storytelling. Her children often experienced her elaborate stories, about a made-up character, before bedtime. Kathy also had a fantastic sense of humor that often caught her family and friends off guard. Similar to her storytelling talents, Kathy’s wit was always bright and well-timed. She was a communicant of St. Michael’s Parish in East Longmeadow, a CCD teacher, and an active Cursillista. Throughout her illness, Kathy voiced how thankful she was for the kindness and support extended to her and her family by so many area families. She found and valued special qualities in everyone around her and felt those qualities, in turn, made her a fuller, richer person. Kathy will be greatly missed by everyone who knew her for her thoughtful and loving nature, wonderful sense of humor, immense strength, and grace. Kathy is survived by her loving husband, Robert Holmes, their children, Ryan and Meghan, her parents, James and Judith Barry, her older brother, Brian Barry, and his wife Sara, of Haydenville, MA, her younger brother, Daniel Barry, his wife Stephanie, and their sons Liam, Kathy’s Godson, and Corrighan, of East Longmeadow, as well as many loving aunts, uncles, and cousins. She was predeceased by her nephew and Godson, Henry Edwin Barry. Family and friends are invited to meet for Kathy's funeral on Wednesday June 18th at 8:30am at the Hafey East Lonmeadow Chapels, 120 Shaker Rd. Followed by a Liturgy of Christian Burial at 10am at St. Michael’s Church, 128 Maple St. East Longmeadow. Burial will be in Greenlawn Cemetery, East Longmeadow. Calling hours will be held on Tue. June 17th from 4 to 8pm in the funeral home. In lieu of flowers, please consider a donation to the “Caring For Carcinoid Foundation” via Kathy and Dan’s website: www.firstgiving.com/danbarry, or by sending a check payable to Caring For Carcinoid Foundation and mailed to: Attn: Dan Barry, 17 Mayflower Lane, E. Longmeadow, MA 01028, or a charity of your choice. For the guestbook, please visit www.byronhafeyfuneralhomes.com 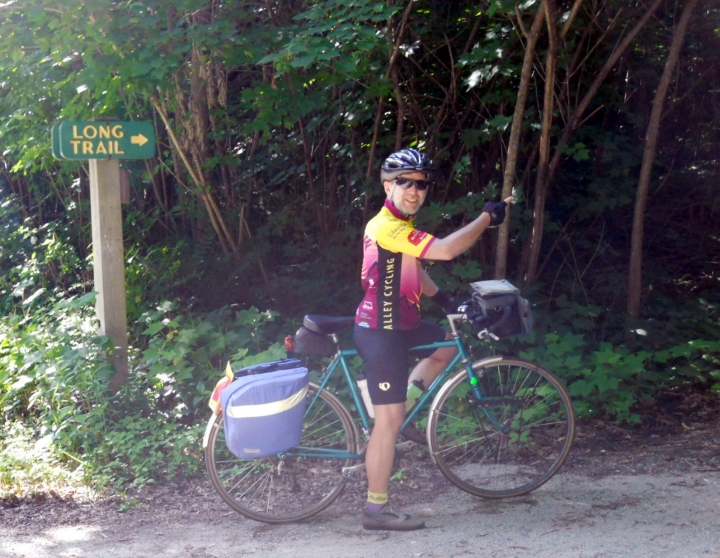 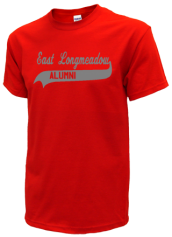 Read and submit stories about our classmates from East Longmeadow High School, post achievements and news about our alumni, and post photos of our fellow Spartans.