Have you lost your East Ascension High School class ring? Have you found someone's class ring? Visit our Spartans lost class ring page to search for your class ring or post information about a found ring.

3/16/2016 Christopher Champagne Obituary: Christopher Champagne’s Obituary by the The Advocate.
Christopher Charles 'Chris' Champagne
"Chris" Christopher Charles Champagne, (36) Born May 3, 1979, of Gonzales, LA passed away at his home on March 9, 2016. Chris was preceded in death by his father Eric O. Champagne; grandparents Carey W. Knapp, Theresa Cradeur Johnson, Vincent "Red" Johnson, Leota Gravois Champagne & Henry O. Champagne. Chris is survived by his mother Mildred "Millie" Knapp Solar, daughters Aliyah Champagne, Alyssa Braud English & Alexa Braud; Siblings Michael & LaDonna Champagne, Dawn & Tommy Landrum, Theresa & Jeremy Langlois, Scott Gilbert & Tara Owens; nieces & nephews Piper & Parker Langlois, Austin Gilbert, Micah Champagne, Justin Russell­Roddy, Tucker Landrum, and Courtney
& Chris Owens as well as Girlfriend Tracey Bertram. The Family would like to thank all of Chris' Lifelong Friends, Family, Fraternity Brothers as well as his Musical Family for all of the phone calls, visits, words of encouragement and overall outpouring of Love during this tragic time. Chris was a 1997 graduate of East Ascension Sr High School, attended Southeastern University on a Dual Choir and Band Scholarship, and was a member of the Kappa Alpha Order. Chris has been a member of numerous bands and groups over the years including but not limited to: The Baton Rouge Symphany, Leauxco, Allison Collins Band, The Harvey Wallbangers, Typical Reasons, Crossroads, True Spin, Hip Boot Joe, Side Effects, Maryanne and the Republic, Hai Karate, Jobes Tears, Joyful, Rampart Street Music, Bourbon Street Musicians, Don Rich Band, Exit 32, Tin Pan Alley, and most importantly The Grace Street Band. Visitation will be held at Ourso Funeral Home on Sunday March.13, 2016 from 5pm until 9 pm and will resume on Monday March 14, 2016 from 8am until Religious service and celebration of Chris's life to begin at 11am followed by Burial at the Galvez Pentacostal Church Cemetery. Funeral Services will be under the direction of Ourso Funeral Home in Gonzales, LA. In Lieu of Flowers the Family requests Monetary Gifts be made out to Ourso Funeral Home to offset Funeral Expenses. You may visit our website at www.oursofh.com to offer condolences to the family.
Funeral Home
Ourso Funeral Home
13533 Airline Highway Gonzales, LA 70737 (225) 647­8608
Published in TheAdvocate.com from Mar. 12 to Mar. 13, 2016
http://obits.theadvocate.com/obituaries/theadvocate/obituary-print.aspx?n=christopher-charles-chris-champagne&pid=178030714 1/1

Her father told me she passed away as a result of injuries received from an automobile accident in July, 2008. She is buried in the St. Theresa Catholic Church cemetery.

Jon passed away as the result of a hunting accident. He was hunting on leased land in the Lake Community behind his property in Ascension Parish. He was an avid deer hunter and fisherman.

He died from a heart attack

Murdered along with his mother.

He passed away from cancer in the early 2000's. I do not where he is buried. 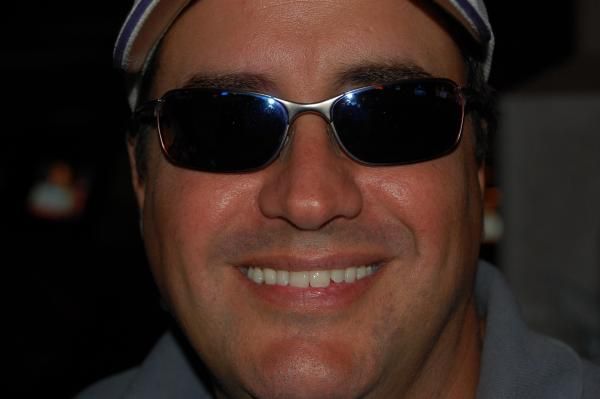 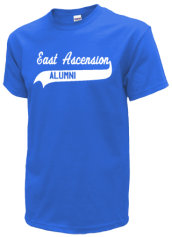 Read and submit stories about our classmates from East Ascension High School, post achievements and news about our alumni, and post photos of our fellow Spartans.