Have you lost your Del City High School class ring? Have you found someone's class ring? Visit our Eagles lost class ring page to search for your class ring or post information about a found ring.

Bruce Stafford (Nevins)
Class of 1965
Marine Corps, 4 Years
I entered Uncle Sam's Misguided Children out of high school. After my boot camp summer vacation I was posted to Vietnam where I spent 2 years. Returned to US and finished out tour. After graduating with engineering degree joined National Guard as signal officer. Eventually branch transferred to artillery - I don't care what you, just say it loud! Retired 1995 as captain.
Report a Problem

Dan L. Taylor, Jr.
Class of 1962
Air Force, 4 Years
Served 4+ years as an aircraft structural repair specialist. Had 1 tour at Cam Ranh Bay AB, Vietnam. I salute all who have and are serving this GREAT nation. God bless the USA.
Report a Problem

Darren Francis
Class of 1981
Air Force, 20+ Years
Security Forces Specialist- Provided Air Base and Force Protection on multiple base locations.
Fire Protection Supervisor- Served as a crew chief on a Fire Protection Vehicle and as Station Captain for a shift at Different Base Fire Deptartments.
Air Transportation Supervisor- Finished the career as part of the 72nd APS at Tinker AFB as a supervisor in the passenger terminal for space available flights and processed outgoing and incoming military flights for base personnel. These duties are like what is done at the Airport.

Derral Howard
Class of 1970
Army, 20+ Years
Spent 28 years in Military Intelligence and had assignments in Thailand, Japan, NSA, Berlin Germany, Hawaii, San Francisco, Texas, Virginia, Maryland, and Arizona. Can't talk about what I did but I loved the job(s) and all the places we lived around the world. Raised two wonderful kids while in the military and still married to Elizabeth Jones (Class of 1970).
Report a Problem 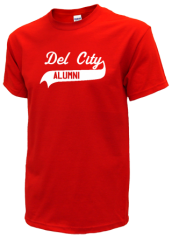 Read and submit stories about our classmates from Del City High School, post achievements and news about our alumni, and post photos of our fellow Eagles.

Hello Friends!!! Would you like to support Oklahoma Student leaders?? Del City High School has been blessed to host the ...
Read More »

View More or Post
Our Del City High School military alumni are some of the most outstanding people we know and this page recognizes them and everything they have done! Not everyone gets to come home for the holidays and we want our Del City High School Military to know that they are loved and appreciated. All of us in Del City are proud of our military alumni and want to thank them for risking their lives to protect our country!