Have you lost your Danbury High School class ring? Have you found someone's class ring? Visit our Lakers lost class ring page to search for your class ring or post information about a found ring.

Ava Dubsky
Class of 1971
Air Force, 20+ Years
Served 6 1/2 years in Army (Okinawa and San Antonio) as a non-morse intercept teletype operator. Another 16 years in the Air Force (Port Clinton and Columbus) as Inventory Management and Logistics. Veteran of Desert Shield and Desert Storm. Site Survey Specialist for National Guard Bureau. Proud to have served the best years of my life and miss it every day.
Report a Problem

Bradley Brown
Class of 2001
Navy, 4 Years
Served aboard the USS Anzio CG-68 stationed out of Norfolk, Va. As a cook. Changed jobs to become a Gunners Mate. Served in Operation Iraqi Freedom. After getting honorably discharged and a 5 year break, I joined the Ohio Army National Guard as a Heavy Equipment Operator and served 3 years.
Report a Problem

Don Wonnell
Class of 1954
Air Force, 4 Years
Air Force 11/58 - 8/62, early out for college.Enjoyed football at Amarillo AFB. Personnel/Admin Assistant at Rabat Sale AFB and Casablanca Morocco, Weather Squadron at Whiteman AFB 1/61-8/62.Able to get 1 1/2 years of college in the AF, burned the midnight oil.Learned in the AF what should have been learned before.
Report a Problem

mark cramner
Class of 1996
Army, 5 Years
The best damn hero ever to come from dhs. We should honor him alone,as he is a true hero and deserves more then we can do.
Report a Problem

robert miller
Class of 1958
Navy, 4 Years
Went to Great Lakes Naval base, Then aboard CAMBREA, SANDOVAL as a baker. Made a med trip,and 12 carribean tours.
Report a Problem 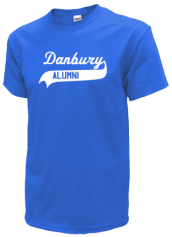 Read and submit stories about our classmates from Danbury High School, post achievements and news about our alumni, and post photos of our fellow Lakers.

Post Your News
In Memory Of
Our Danbury High School military alumni are some of the most outstanding people we know and this page recognizes them and everything they have done! Not everyone gets to come home for the holidays and we want our Danbury High School Military to know that they are loved and appreciated. All of us in Lakeside Marblehead are proud of our military alumni and want to thank them for risking their lives to protect our country!