Have you lost your Clover Park High School class ring? Have you found someone's class ring? Visit our Warriors lost class ring page to search for your class ring or post information about a found ring.

Ground Radio consists of Ground to Air-Craft radios, Console Systems that Air-Traffic Control personnel use to talk to Air-Craft, HF radio systems where radio signals can skip around the world, Land Mobile Radios as in the radios that Police, Fire, and Emergency services use.

Edward N Gomez
Class of 1996
Army, 8 Years
Commissioned as a 2LT from NC State University. Was stationed at Fort Lewis, WA for 8 Years in the first Stryker Brigade Combat Team 3-2SBCT. I just completed command in the Fall 08, and currently assigned as a Assistant Professor of Military Science at Washington State Unveristy- START COUGAR STRONG!
Report a Problem

michael a. lottier
Class of 1972
Army, 5 Years
Joined in July of 73. Stationed on the DMZ in Korea for one year. Military finance in Darmstadt Germany, for remainder of service. Medically retired in August of 1978.
Report a Problem

Patrick Flynn
Class of 1973
Air Force, 20+ Years
Enlisted as a Phased Array Radar Tech in 1976, received ROTC scholarship and was commisioned a 2LT in 1980. Served primarily supporting the space launch and satelite control program as an electrical engineer/program manager. Retired as a Major in 1998
Report a Problem 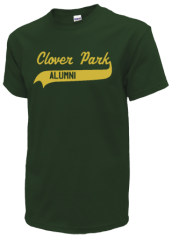 Read and submit stories about our classmates from Clover Park High School, post achievements and news about our alumni, and post photos of our fellow Warriors.

View More or Post
In Memory Of
Our Clover Park High School military alumni are some of the most outstanding people we know and this page recognizes them and everything they have done! Not everyone gets to come home for the holidays and we want our Clover Park High School Military to know that they are loved and appreciated. All of us in Lakewood are proud of our military alumni and want to thank them for risking their lives to protect our country!