Have you lost your Clairton High School class ring? Have you found someone's class ring? Visit our Bears lost class ring page to search for your class ring or post information about a found ring.

Brian S. Sitko
Class of 1990
Marine Corps, 19 Years
Served for 19 years in the U.S. Marines. Enlisted as a Private in 1992 and was later commissioned in 2002. Graduated from Hampton University and was awarded a BA in Sociology. Participated in 4 combat deployments: 1 to Somalia in1992 and 3 to Iraq. Captain Sitko's unit (3d Bn 4th Marines) pulled down the Saddam Hussein during the 2003 invasion. Is currently assigned to Quantico, VA and will retire from military service in July 2012.
Report a Problem

Cecil Miller
Class of 1958
Coast Guard, 20+ Years
Served with Marines from 1957 to 1962. Served in Coast Guard 1962 to 1988 when I retired. Began as enlisted, them Comissioned Warrant Officer and receive direct promotion to Comissioned Officer , job specialty was in Telecommunications.
.

EARL MAKSIN
Class of 1961
Navy, 5 Years
1ST SHIP A TROOP TRANSPORT HOMEPORTED SAN DIEGO CA. MADE A WET-PAC CRUISE 1963.2ND SHIP THE USS ENTERPRISE, 1ST NUCLEAR CARRIER. MADE A MED CRUISE AND THEN AROUND THE WORLD 1964.
Report a Problem

George Slavick
Class of 1968
Air Force, 7 Years
I was a Ground Radio Operato while in the AF. Attended basic training at Lackland afb Tx.,Tech. school at Keesler afb Miss.My first duty assignment was at sheppard afb tx. I worked in the base MARS station. My next assignment was to Germany. I spent 2 years at Sembach afb and 2 years at Weisbaden afb. with the 17th AF 601 TCS. My final assignment was Altas afb ok. with the 4th MOB.
Report a Problem 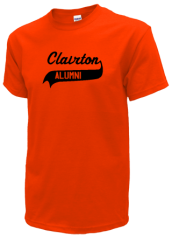 Read and submit stories about our classmates from Clairton High School, post achievements and news about our alumni, and post photos of our fellow Bears.

A Day of Celebration

View More or Post
In Memory Of
Our Clairton High School military alumni are some of the most outstanding people we know and this page recognizes them and everything they have done! Not everyone gets to come home for the holidays and we want our Clairton High School Military to know that they are loved and appreciated. All of us in Clairton are proud of our military alumni and want to thank them for risking their lives to protect our country!