Have you lost your Chapel Hill High School class ring? Have you found someone's class ring? Visit our Tigers lost class ring page to search for your class ring or post information about a found ring.

Colonel Glenn Blackburn
Class of 1964
Army, 20+ Years
Served in the US Army for 27 years
Report a Problem

Gordon Jones
Class of 1964
Navy, 20+ Years
After service in the U.S. Army as a Blaster from 1969 to 1971. Upon graduation from dental school in 1976, Dr. Jones accepted a direct appointment in the Navy Dental Corps. His first assignment was to Naval Hospital Camp Pendleton for duty under instruction as a General Practice Resident. A year later, he reported to the USS HOLLAND (AS-32), in Holy Loch, Scotland, for duty as Assistant Dental Officer. Successive assignments included: General Dentist, Naval Hospital, Great Lakes, Illinois, 1980-82 and duty under instruction, University of Michigan, Ann Arbor, Michigan, 1982-84. In 1984, Dr. Jones reported to the Recruit Treatment Branch Dental Clinic, Great Lakes, Illinois where he was assigned as Head, Operative Dentistry Department. From 1990 to 1993, he served as Director, Advanced Clinical Program in General Dentistry, at Naval Dental Center, Norfolk, Virginia. Following this tour, Captain Jones returned to Naval Dental Center, Great Lakes, Illinois as Head, Department of Operative Dentistry, and, in 1996 was appointed Director, Recruit Treatment Branch Dental Clinic. In March 1997, he assumed positions as Commanding Officer, Naval Dental Research Institute, Great Lakes and Surgeon General's Specialty Leader for Dental Research. In 2006, CAPT Jones retired from the Navy, and after working for a year as a contract Dentist, began a second career as a Supervisory Dental Officer for the Navy at Great Lakes, Illinois which became the Federal Health Care Center in 2010.
During his career in the Navy, CAPT Jones was awarded the Legion of Merit, Meritorious Service Medal, Navy Commendation Medal with Two Gold Stars, and Navy Achievement Medal, among others. CAPT Jones is Past President of the American Board of Operative Dentistry and served as the Chair of their Examination and Certification Committee from 2000 to 2011; was a Fellow in the International College of Dentists from 1998 to 2008, serves on the Editorial Board of the Journal of Operative Dentistry, and is a member of the American Dental Association, the Academy of Operative Dentistry, the International and American Associations for Dental Research, the American Association of Dental Schools, the Great Lakes Dental Society, Omicron Kappa Upsilon, and the American Legion.
CAPT Jones is married to the former Kathleen Anne FitzSimmons of Chicago, Illinois and they have six children: Bryan, Brendan, Graeme, Cameron, Meredith, and Mallory; and four granddaughters, Makenzie and Ariana, Amelia, and Everett; and five grandsons, Carter, Bryce, Connor, Ryan. and Michael.

John Daughety
Class of 1985
Marine Corps, 19 Years
I spent 15 years in the Corps, got out in 2000, then decided to do a stint in the National Guard to come to one of these wars. I'll retire from the reserves in a year or so.
Report a Problem 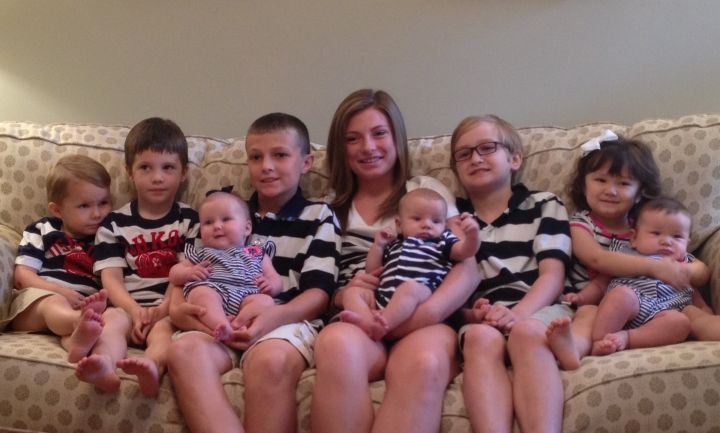 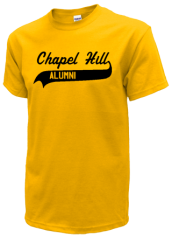 Read and submit stories about our classmates from Chapel Hill High School, post achievements and news about our alumni, and post photos of our fellow Tigers.