Have you lost your Central Bucks West High School class ring? Have you found someone's class ring? Visit our Bucks lost class ring page to search for your class ring or post information about a found ring.

Allen passed away on November 4, 2006 of leukemia. He had battled the disease for 6 months and through 4 rounds of chemotherapy. He will live on forever in my heart and through our 2 beautiful daughters.

Ben graduated from Temple University in Pennsylvania with his juris doctorate degree. Ben and his loving wife, Sarah, and daughter, Hannah, moved to Maine in 2001. Ben was a proud stay-at-home dad who devoted himself to Hannah.

He is survived by his wife, Sarah; daughter, Hannah; parents, Robert and Elinor Lamborn of Pennsylvania; one brother, Andrew and his wife, Rebecca Lamborn, of Pennsylvania; and one sister, Kathryn and her husband, Richard Houchen, of Washington state.

Friends and relatives may join the family 1-3 p.m. Saturday, Feb. 26, at Greenlawn Memorial Funeral Home, 300 State St., Bangor, for a memorial wake and gathering. In lieu of flowers, friends may make donations to Levant Heritage Library, P.O. Box 1, Levant, ME 04456.

Bob passed away unexpectedly. He loved life and racing.

Heart attack. I had just found Dave decades after we graduated and was just getting to re-know him. Such a loss.

James passed away on Aptil 19 2010 at Doylestown Hospital he was a Gift of Life Donor he is dearly missed.

Michele passed away after a long battle with breast cancer.

My dear sister, passed away in St Cloud Florida. She was full of life and a hero to me and to our family and her many, many friends. Forever missed.

My dear big brother and my protector. I will forever miss him. He was married to Beverly Miller for 30 years and they had three wonderful children.

Susanne passed away in 2001 at the age of 31 unexpectedly. We miss her very much and remember her warmth, intellect and wry sense of humor. She was an accomplished anthropologist. 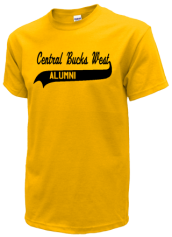 Read and submit stories about our classmates from Central Bucks West High School, post achievements and news about our alumni, and post photos of our fellow Bucks.