Have you lost your Campus High School class ring? Have you found someone's class ring? Visit our Colts lost class ring page to search for your class ring or post information about a found ring.

Dorwin Lynn Shelton
Class of 1962
Army, 20+ Years
Retired as a Major from the US Army in 1982. Most assignments were in the Aviation Branch. Flew both fixed wing and helicopters. Flew the Grumman OV-1 in Viet Nam and later served as the Army's Test & Acceptance Pilot at the Grumman Aircraft Facility in Stuart Florida.
Report a Problem

Worked primarily in the Law Enforcement and Protective Service side of the Navy; specializing in Military Working Dogs/Explosive and Drug Detector Dogs.
l

Jerry HARJO
Class of 1969
Army, 2 Years
Jerry served one tour in Viet Nam and passed on in the mid to late 70's (I don't remember the exact year)
Report a Problem 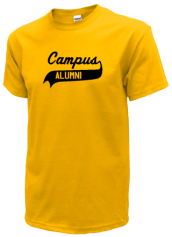 Read and submit stories about our classmates from Campus High School, post achievements and news about our alumni, and post photos of our fellow Colts.

Post Your News
In Memory Of
Our Campus High School military alumni are some of the most outstanding people we know and this page recognizes them and everything they have done! Not everyone gets to come home for the holidays and we want our Campus High School Military to know that they are loved and appreciated. All of us in Wichita are proud of our military alumni and want to thank them for risking their lives to protect our country!