Have you lost your Camden High School class ring? Have you found someone's class ring? Visit our Panthers lost class ring page to search for your class ring or post information about a found ring.

ALLEN J CANNON
Class of 1981
Army, 20+ Years
Began service in 1983 served in Grenada through Iraq and Afghanistan and responder at the Pentagon attack. Service ranged from bottom to the top culminating at DA. Worked with Families of the Fallen and our Wounded Warriors. Also worked for the VA. We should never stop fighting to properly keep its promises to those who serve. because it is not our nation which is ungrateful it is those elected who target the programs and benefits that are the promises of service to a grateful nation.--AJC
Report a Problem

Daniel D Best
Class of 1964
Army, 12 Years
Started as a Private at Fort Dix, New Jersey in 1966. Selected to attend Leadership School at the completion of Basic Training. Selected to be the Trainee Unit Commander for Advanced Individual Training. Selected to attend Engineer OCS (Officer's Candidate School). Graduated 2nd Lieutenant at Fort Belvoir's Engineer School in April, 1967. In Germany, was assigned as an Engineer Platoon Leader at C Company with the 293rd Engineer Battalion and was promoted to 1st Lieutenant. Was selected to attend Airborne School and became a Paratrooper. Was selected to be the Company Commander of C Company and was then promoted to Captain. Was assigned to the 84th Construction Engineer Battalion in Qhi Nhon, Vietnam and arrived in country in July of 1969. Served as Battalion Staff, Headquarters Company Commander, and the Reaction Force Platoon Leader. Received Commendation for Bravery and Leadership Under Fire for firefight on April 1, 1970. Was awarded an Army Commendation Medal and the Bronze Star Medal in Vietnam. Was reassigned to the Engineer School at Fort Belvior in Virginia as a Military Instructor to 2nd Lieutenants where I taught how to build bridges. Won multiple awards as Instructor of the Month. While in that assignment, created a Trick Drill Team with volunteers to do parades, funerals, and military ceremonies. Was selected by the Post Commander, Major General Robert Ploger, to be the first Black Aide-de-Camp to an Engineer General. An article was submitted to the Courier Post and was published. Was selected to attend the Engineer Officer Advanced Course. Was assigned to the University of Miami to take MIS courses. Was assigned to Fort Lee, Virginia as the Engineer Officer for War Planning Operations. Got a promotion to run the New Computer Systems Operation at Fort Lee, Virginia.
Report a Problem

Neil Aronoff
Class of 1967
Navy, 4 Years
Served in communications. One of the first using computers for ultra-high speed/uktra-high security input and output.

Neil Aronoff
Class of 1967
Navy, 4 Years
Not particularly distinguished. I was in Naval Communications (Oct, 1968-Oct, 1972). Served at Naval Communications Station Guantanamo Bay, Cuba for 13 months, and at Atlantic Command HQ in Norfolk, VA for 2 1/2 years. I got a National Defense Service Medal because I existed.
Report a Problem

Vincent C Thomas
Class of 1963
Air Force, 20+ Years
USAF = Too much to list at this time. Spent 24 years in the USAF. Mostly served in Asia and the Vietnam war during Tet in 1968. Many awards and medals. Retired in 1987 after 24 years in the military. Loved it. would go back today if they would take me. Now reside in Las Vegas, NV, but spend a lot of my time traveling out of the US. Married now for 47 years and 3 children, all doing very well. Would love to hear from anyone who remembers me from years gone by. (Would love to submit a pic, but this app from where I am will not allow it. Good luck to everyuone: samuraitom1@yahoo.com(email)on many other social networks.
Report a Problem 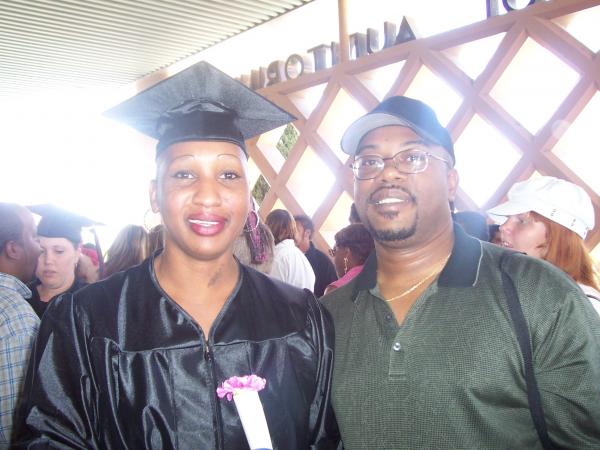 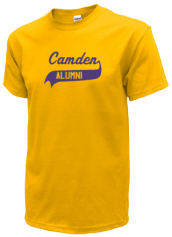 Read and submit stories about our classmates from Camden High School, post achievements and news about our alumni, and post photos of our fellow Panthers.

View More or Post
Our Camden High School military alumni are some of the most outstanding people we know and this page recognizes them and everything they have done! Not everyone gets to come home for the holidays and we want our Camden High School Military to know that they are loved and appreciated. All of us in Camden are proud of our military alumni and want to thank them for risking their lives to protect our country!