Have you lost your Burrillville High School class ring? Have you found someone's class ring? Visit our Broncos lost class ring page to search for your class ring or post information about a found ring.

Beverly Herard Jungvirt
Class of 1973
Army, 20+ Years
Served 3 years regular Army and then 7 years as a traditional National Guardsman, then active duty in the National Guard 15+ years for over 25 years of service. I retired a Colonel (0-6) on 31 October 2005.
Report a Problem

Jay Ducharme
Class of 1982
Air Force, 20+ Years
Colonel, USAF...served in Korea, Germany and multiple bases in the US.
Report a Problem

Jeanne M. Verity
Class of 1964
Army Reserves, 9 Years
Joined the Aremy Reserves at age 39. Served in a Combat Support Hospital as an Army Nurse and Mobilization Officer, preparing troops to be mobilized for Desert Storm. Served in Honduras during Desert Storm.
Report a Problem 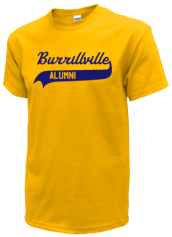 Read and submit stories about our classmates from Burrillville High School, post achievements and news about our alumni, and post photos of our fellow Broncos.

Come and celebrate with fans, past and present football players, cheerleaders, bands, and faculty members next week, Sep...
Read More »

View More or Post
In Memory Of
Our Burrillville High School military alumni are some of the most outstanding people we know and this page recognizes them and everything they have done! Not everyone gets to come home for the holidays and we want our Burrillville High School Military to know that they are loved and appreciated. All of us in Harrisville are proud of our military alumni and want to thank them for risking their lives to protect our country!