Have you lost your Brookhaven High School class ring? Have you found someone's class ring? Visit our Bearcats lost class ring page to search for your class ring or post information about a found ring.

Lost his battle with Melanoma on July 14, 2011. Survived by his 12 year old daughter, sisters, brother, and mother.
He was a musical talent that is sorely missed by all that knew him.

Becky died in May of 2005 from cancer. She is terribly missed. This is a photo of Becky and her daughter Penny Wilson (class of 2000) who died from suicide in Sept. 2009.

Becky Needham - my big sister passed away after a long struggle with head and neck cancer. She was a fighter and even after the lost the use of her voice, she was an inspiration to all she met. Her husband Chuck suffered a major heart attack the same week Becky died, and never regained consciousness and died June 10,2005. We weren't sure how he would ever make it without her, and he didn't have to. Their two children - Scott and Penny are both doing ok.
We miss Becky and Chuck greatly - Dan Needham - class of 78

Wife of Philip J. Barbee, class of 1972, and sister of Alice Johnston Bolen Moody, class of 1968, and Vicki Johnston Laws, class of 1974. At Brookhaven, Donna was a member of the band, orchestra, choir, NHS, and Thespian Society.

he was killed in a car accident

Lauren was my niece, Sheri Galloway class of 1982 and Paula Galloway Young Niece class of 1983, at the time of her passing Lauren's son Antone was on 6 months old she was engaged to Marvin Jones, we miss her so much.

Randy passed away shortly after graduation. He was a kind and gentle friend who's life was cut WAY too short. He would do almost anything for anyone and he is greatly missed.

My big brother Rob was killed by a drunk driver while riding his motorcycle to work. The drunk driver only served 6 months in prison for Rob's murder. We miss Rob every day.

Roger passed away in a motorcycle accident right around graduation time. Gosh its been so long I do not recall all the details but I know he was friends with Shane Fraley and Shane was with him at the time. I just remember him being a really nice guy! :)

Tara was the Class of 1982 Secretary
She passed away after a 10 year fight with Lupus. 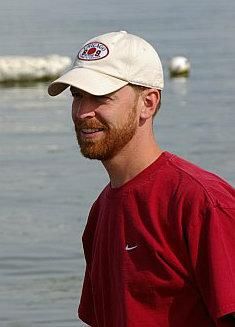 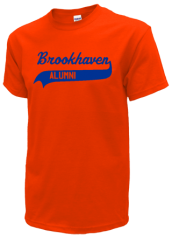 Read and submit stories about our classmates from Brookhaven High School, post achievements and news about our alumni, and post photos of our fellow Bearcats.

The boys Basketball team is still in the running for the State title. They will take on Dublin Scioto this Saturday, Ma...
Read More »