Don Atchinson
Class of 1966
Marine Corps, 4 Years
I repaired the electronic communication/navigation systems on the F-4 B/J Phantom fighter aircraft. I went to Vietnam in 1968 and was stationed with the 1st Marine Air Wing at Chu Lai, with VMFA-314,the Black Knights.
Report a Problem

Douglas P. Lawless
Class of 1964
Navy, 20+ Years
Commissioned in the U.S. Navy in 1969 and retired from the Naval Reserve as a Commander in 1990. Was a member of the Military Officers Association of America, the Naval Reserve Association, the Naval Institute and The Navy League. Also a pilot for many years.
Report a Problem 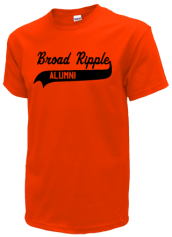 View More or Post
Our Broad Ripple High School military alumni are some of the most outstanding people we know and this page recognizes them and everything they have done! Not everyone gets to come home for the holidays and we want our Broad Ripple High School Military to know that they are loved and appreciated. All of us in Indianapolis are proud of our military alumni and want to thank them for risking their lives to protect our country!