Have you lost your Bloomsburg High School class ring? Have you found someone's class ring? Visit our Panthers lost class ring page to search for your class ring or post information about a found ring.

Bobby Shuman
Class of 1974
Marine Corps, 16 Years
i was a gunnery seargent before i was disharged
Report a Problem

Jason White
Class of 1988
Army, 17 Years
has served in Operation Desert Storm in Iraq in 1991 and Operation Enduring Freedom in Afghanistan in 2003-2004

Karisa Hite
Class of 2004
National Guard, 4 Years
Karisa enlisted in the PA Army National Guard after graduation in 2004. She has already completed one tour of duty in the Global War on Terror under Operation Iraqi Freedom, and has a year and a half left on her initial contract. She intends to reenlist at the end of the current contract.
Report a Problem

Laura Hill
Class of 1996
Air Force, 10 Years
Served as a Pilot and officer in the US Air Force for over ten years!
Report a Problem

Tim Faust
Class of 1997
Air Force, 10 Years
Seen it, done it, now it is time for family!
Report a Problem

William James
Class of 1986
Marine Corps, 4 Years
Joined the United States Marine Corps June 1986, served in Okinawa, Philippines, and Camp LeJuene as a Field Radio Operator, specializing in Multi-Channel, Satellite, and Microwave Communications. Was Honorably Discharged as a Corporal E-4 in March of 1990.
Report a Problem 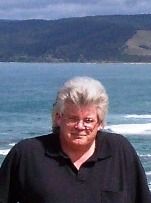 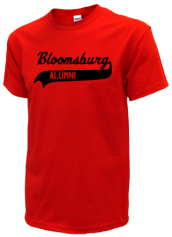 Read and submit stories about our classmates from Bloomsburg High School, post achievements and news about our alumni, and post photos of our fellow Panthers.

Post Your News
In Memory Of
Our Bloomsburg High School military alumni are some of the most outstanding people we know and this page recognizes them and everything they have done! Not everyone gets to come home for the holidays and we want our Bloomsburg High School Military to know that they are loved and appreciated. All of us in Bloomsburg are proud of our military alumni and want to thank them for risking their lives to protect our country!