Have you lost your Bessemer City High School class ring? Have you found someone's class ring? Visit our Yellowjackets lost class ring page to search for your class ring or post information about a found ring.

Bryon Rowell
Class of 2001
Marine Corps, 4 Years
Served in the United States Marine Corps 2001-2005 and enjoyed it. I trained with the Infantry, Military Postal Unit, (ASF) Auxiliary Security Forces and the (IRF) Internal Reaction Force. I was retired out Honorably in 2005. Oooh Rahhh!
Report a Problem

Johnny Hale
Class of 1983
Navy, 4 Years
Worked on Tomcats and A6 Intruders
Report a Problem

Michelle Causby
Class of 1985
National Guard, 18 Years
Served in the Active Army for 7 years after graduating college in 1989. Moved from the Active Army to Active Duty National Guard in 1997. Recruiter for NC National Guard from 1997-2003. Won NCNG Recruiter of the Year in 2002. Left the NC National Guard and started working for National Guard Bureau as an Instructor/Writer at National Guard Recruiting School in Little Rock, AR. Stationed there for five years and my last year there I was the 1SG of NCO Academy. I now work at Ft Jackson SC as the 79T Proponent (writing policy and working with TRADOC for NG Recruiting). I am currently enrolled in the NonResident SGMs Academy which takes two years to complete. I am a MSG/E-8 hope to promoted to SGM next year.
Report a Problem 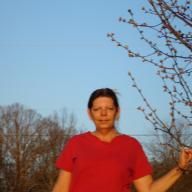 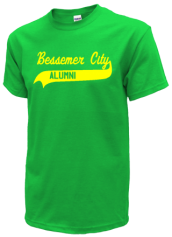 Read and submit stories about our classmates from Bessemer City High School, post achievements and news about our alumni, and post photos of our fellow Yellowjackets.

The Jackets climbed to 7 and 3 Halloween Eve by dominating the Ironmen all night long to finish them off 42-10. Great jo...
Read More »