Have you lost your Beaverhead County High School class ring? Have you found someone's class ring? Visit our Beavers lost class ring page to search for your class ring or post information about a found ring.

Beloved coach remembered for making those around him better

Columbia Falls native Craig Finberg passed away Friday at his home in Dillon from pancreatic cancer. He was 51.

Throughout his battle with cancer, "Finny," as he was often referred to, was surrounded by friends and family, including his wife of 12 years, Tammy.

"He was like a father figure to me in a way, and you just always looked up to him and wanted to be like him," said Finny's brother Cary, who coaches boys basketball at Columbia Falls.

"Especially basketball-wise, not too many kids can grow up with a guy that's your hero but also your brother."

Finny coached high school basketball at Beaverhead County High School in Dillon for 18 years and became the most successful coach in school history. He amassed a 281-160 record and two state championships in that time.

He still was teaching at the high school in Dillon, and was in his second year as an assistant for the University of Montana-Western men's college basketball team, when he was diagnosed with pancreatic cancer in January.

Finberg was an all-state basketball player at Columbia Falls High and played in the state championship game during his senior year (1975).

The next year, he went to Bozeman and played for the Bobcats, where he scored 1,473 points, the seventh most in school history, and finished second in assists. Finberg is a member of the Bobcat Hall of Fame.

The love of basketball was a huge part of Finny's life, and he passed it along to others, including Cary, who got his first coaching job working with Craig's freshman squad.

"His deal was if you work hard and love the game, good things are going to happen," Cary said.

As fate would have it, last weekend's Class A state basketball championship in Great Falls matched Dillon against Columbia Falls. The game was dedicated to Finny, who was diagnosed in late January.

Both teams wore shirts with Finny's name on the back before the game.

Bruce Adams of Columbia Falls helped to organize the Wildcats' T-shirt order back in February with Joe Smith and Dave Yates, and was proudly wearing one along with many others throughout the final months of the season. Adams said more than 350 shirts were purchased to help defray the Finbergs' medical costs.

"We started with ordering 150 shirts, but it just became so popular and everyone wanted to be a part of that," Adams said.

"This is so exciting, this game tonight is about the Finbergs," Adams said before the championship game March 14. "It's been a really emotional tournament, at divisionals and state. Win, lose, draw, it doesn't matter, you know - it's about the Finbergs. Normally, when you play a ball game, it's all about the Wildcats, and I'm going for the 'Cats, but it's different this year."

After the game ended, the entire arena erupted in a final "Finny" chant.

"We certainly lost a great guy," said Doug Cordier, a CFHS counselor who was a senior during Finberg's freshman year of high school.

"He always made people feel good. That's his legacy. He was principled and he cared about people. He made people better when they were around him.

"We'd get together and argue about the Cats and the Grizzlies. He was always good fun," Cordier added.

Finberg's family members announced the death on their Web site (www.caringbridge.org/visit/craigfinberg), which was set up in February to keep friends and family updated. Within days of its creation, thousands had visited to give support.

"You mean so much to the town and the kids of Dillon," one person wrote on the site's guest book. "Besides my father, there is nobody who I would rather have teach my child to shoot."

"It's a big loss, especially for Tammy, his wife, and all the Finberg family," Cordier said. "Our heart sure goes out to them.

"His struggle is over now," he said. "I think we're all thankful for that."

Craig "Finny" Finberg passed away peacefully March 20, 2009, surrounded by family and friends at his home in Dillon after a courageous battle with pancreatic cancer.
Craig was born May 6, 1957, to Math and Norma Finberg and grew up in Columbia Falls.
He graduated from Columbia Falls High School in 1975, attended Montana State University and finished his degree at UM-Western in Dillon. He recently accomplished one of his lifelong dreams and earned his Masters of Sports Science degree from the United States Sports Academy in 2007.
While attending CFHS, he became a basketball legend. Craig earned all-state honors and set a single game scoring record of 40 points during the divisional championship game and led his team to a second-place finish at the state tournament. He was elected to the CFHS Hall of Fame upon graduating in 1975.
After completing high school, he accepted a scholarship to play basketball for the Montana State University Bobcats. Upon completion of his career, he was fourth in school history in scoring with 1,473 points, putting him in eighth place on the all-time Big Sky Conference list. He also owned the single-season assist record with 148, and the single-game mark with 16. His free-throw-shooting percentage of 84.9 percent was a school record, as was his career record of 84.1 percent. He also earned All- Big Sky Conference honors for three consecutive years and was inducted into the MSU Hall of Fame in 2003. After a brief career in the CBA and a tryout with the NBA's Portland Trailblazers, he began his coaching career under Casey Keltz at UM-Western.
Craig began his head-coaching career at Dillon's Beaverhead County High School. In his 18-year career at BCHS, he is the most successful coach in school history with 281-160 overall record and state championships in 1990 and 1999. The 1990 title was the first state title of any kind for the school since 1946.
After his retirement from coaching at Dillon's Beaverhead County High School, he returned to the Bulldog bench to assist Mark Durham for one season, and was an assistant on Steve Keller's staff for the past two seasons. He continued to teach at Beaverhead County High School.
During his life, Craig was an avid sports enthusiast and passionately supported his Minnesota Vikings and Twins, but nothing compared to his love of the game of basketball and being able to coach and teach. He always had a saying to live by "take a negative and turn it into a positive," which is how we will remember him.
He also looked forward to traveling with his wife, Tammy, and often spoke about how much he enjoyed the times when he could just mow his lawn on a sunny day and play with his kitty cats.
Craig married the love of his life, Tammy, on June 26, 2004, in Las Vegas.
He is survived by Tammy; stepson, Shane Sutton (wife, Annie, and their son, Joshua); stepson, Dustin Sutton; mother, Norma Finberg, and Dick Collier; sister, Cheryl Rice (husband, Dave, and their sons, Shane and Brandon (wife, Jessica, and their son, Trey); brother, Chris (wife, Cathy, and their children, Camie (husband, Randy Northrop, and their children, Samantha, Kayla and Kyler); Christopher (fiance, Colleen); sister, Cathy; brother, Cary (wife, Angie, and their daughters, Ciera and Cydney); and mother and father-in-law, Tink and Julie Krause. He also is survived by numerous cousins, aunts and uncles. His father, Math, preceded Craig in death, as well as both sets of grandparents.
Memorial services will be held at 6 p.m. Thursday, March 26, at Columbia Falls High School. Services in Dillon will be at 2 p.m. Saturday, March 28, at the high school, with a reception immediately afterward at the UM-Western Keltz Arena.
In lieu of flowers, donations can be made to either the Columbia Falls Wildcat Endowment Fund or to a Memorial Scholarship fund at the Beaverhead County High School.
The family wishes to express their sincere gratitude for the outpouring support from everyone whose lives were touched by Finny. May his memory live on forever. "We will miss you, Craig." 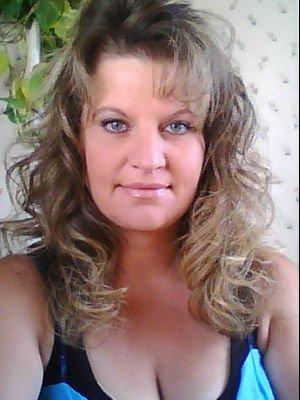 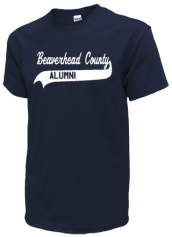 Read and submit stories about our classmates from Beaverhead County High School, post achievements and news about our alumni, and post photos of our fellow Beavers.