Have you lost your Barry Goldwater High School class ring? Have you found someone's class ring? Visit our Bulldogs lost class ring page to search for your class ring or post information about a found ring.

age 21, passed away at St. Joseph's Hospital on Saturday, April 4, 2009. She was born on July 26, 1987 and had been a Phoenix resident most of her short life. Her family was at her side when she left this world. She is survived by two young sons, Hal Lewis V (18 months) and Logan Daniel Lewis (6 weeks) in addition to her fiance, Hal Lewis IV. Breanne is also survived by many loving family members; her mother, Toby Walton-Bricker and husband Craig of Glendale, brothers Scott, William, Chris and Eugene Hines, and a sister, Payton; and step-brother and sister, Chrys and Heather Bricker. Her fiance's family members include his step-father, Dan Dominey; his sister, Danyail Coyle, her husband Justin and family. Breanne also left behind her grandfather, Ray Urbom of Laramie, Wyoming, numerous aunts, uncles, cousins, friends and other loved ones. Services will be held at Sahuaro Ranch Park Rose Garden, 9802 N. 59th Avenue (59th Avenue and Mountain View Road), Glendale, on Saturday, April 11, 2009 at 5:00p.m. A gathering for all in attendance will be held afterwards at Ramada #1 from 6 p.m. to 10 p.m. also at Sahuaro Ranch Park, enter off of 59th Avenue to reach Ramada #1. In lieu of flowers, the family is asking for donations to be made at any Wells Fargo Bank Account #3419446939 in rememberance of Breanne Hines through Toby Walton-Bricker. Due to tough economics times and the tragic death of such a young mother, help is needed and the family thanks their friends and community for their support. - See more at: http://m.legacy.com/obituaries/azcentral/obituary.aspx?n=breanne-michelle-hines&pid=125869164&referrer=0&preview=false#sthash.kwSDiqzB.dpuf

In memory of Carl Peeples, Class of 91, I am asking for anyone that knew him to send an email to me at aslynck@yahoo.com. I am hoping that anyone who knew him during jr high & high school can send memories of him so that I can share them with his kids, who are now 14, & 12.
Thanks so much for your help!
Much love & aloha,
always, Sara (Higa) Lynck

Jaela Sharron Collins, a loving and hardworking mother, born on February 5, 1982, passed away on January 8, 2006. Having a passion for the outdoors, whether it came to hiking miles into the Grand Canyon, or to running miles to near midnight, we feel she has traveled now to the greater outdoors. She has taken the nickname, Angel, from her mother and her adorable daughter, Fate Marie. She is survived by her daughter, Fate. Mother and Father, Deborah and Bob Collins. Sister, Krista Hudson, and grandparents, Norma and Vincent Donovan. Jaela was loved by all, and will be greatly missed and will remain in our hearts forever.

Traci was in a car accident on March 7, 2005. She passed away at the scene. Her friend Kevin Hernandez was also in the car, but survived. 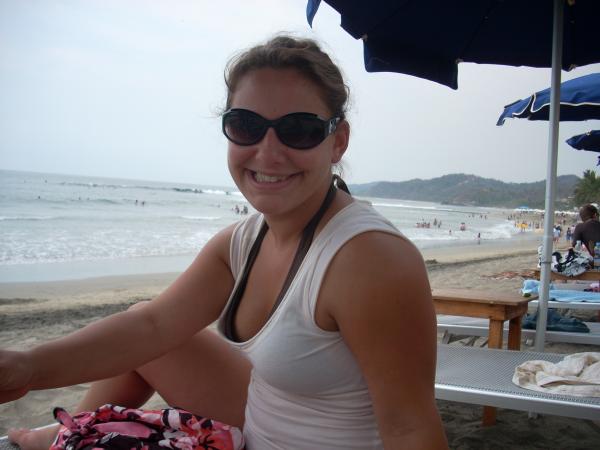 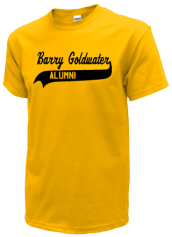 Read and submit stories about our classmates from Barry Goldwater High School, post achievements and news about our alumni, and post photos of our fellow Bulldogs.

The Barry goldwater football team did a good job last night at the willow canyon high school we will do it next year and...
Read More »