Have you lost your Barrington High School class ring? Have you found someone's class ring? Visit our Eagles lost class ring page to search for your class ring or post information about a found ring.

McWILLIAMS, CAROLINE MARGARET, accomplished actress and director, passed away peacefully at her home in LA on February 11, 2010.

Caroline grew up in Barrington, RI. She majored in drama at Carnegie Mellon University and at the Pasadena Playhouse. Her career included numerous feature television roles, starting with her breakthrough role as Janet Mason on Guiding Light and followed by starring roles on Soap, Benson, Nearly Departed, and Beverly Hills 90210. Broadway credits include Cat on a Hot Tin Roof and The Rothschilds. Off-Broadway Caroline performed in productions for the NY Shakespeare Festival and American Shakespeare Festival. Film credits include Mermaids, White Water Summer and Highway Time. Caroline's director credits include Divorcons, Love Letters, The Making of 'n Justice, Chang and Eng, You Haven't Changed a Bit and Other Lies and benefit productions for ALS.

Off-camera Caroline loved life and adventure, happiest spending time with family and friends while kayaking and hiking in New Hampshire, carving fresh tracks on the slopes, roller skating at the beach, body-surfing in the waves of Cape Cod and doing the bunny hop around the Chatham Bandstand.

Liz passed away from Lou Gerig's disease. She lived a great life in beautiful Colorado. She will be missed.

It is with a heavey heart that I share that my brother Nathan, age 34, passed away last week after a two-year struggle with brain cancer. He was a joyous and compassionate man, always looking for the good in people and striving to make people happy. As a hockey and baseball player and friend to many, he always recounted his high school years with fondness and joy. He will be sorely missed.

My dad.. remember him? He taught a LOT of you English in high school and Jr. High. He was 93...what a great dad.

I went to this site in an effort to stay close to my late husband. Terry died on Valentine's Day, 2 days after his 52nd birthday. We had been married for 24 years and were proud parents of 4 sons. Terry died of peritonitis due to hepatitis C. He was a wonderful father and husband. 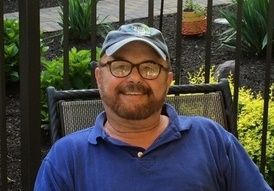 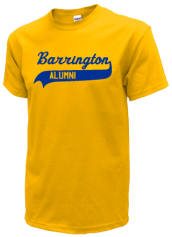 Read and submit stories about our classmates from Barrington High School, post achievements and news about our alumni, and post photos of our fellow Eagles.

Paula Dudley Tagiuri died on February 26, 2008 after a long battle with breast cancer. A memorial service will be held ...
Read More »