Have you lost your Auburn High School class ring? Have you found someone's class ring? Visit our Trojans lost class ring page to search for your class ring or post information about a found ring.

Robert Pierce
Class of 1989
Army, 4 Years
Currently still serving in the US Army. Stationed in Fort Campbell KY. He is with the 584th Maintence Company, 101st Support Battalion. He served in Iraq from December 2005 until October 2006. During his time in the army he has received 3 Army Achievement Awards, Good Conduct Medal and multiple service ribbons. The company is set to deploy again to Iraq in May 2008 for another 15 month tour. Please keep them in your prayers.
Report a Problem

Thomas kennedy
Class of 2007
National Guard, 3 Years
During flood duty in 2008, kennedy was given a coin from a general. He is starting his tour in afghanistan in January of 2009
Report a Problem 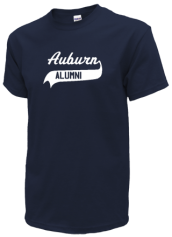 Read and submit stories about our classmates from Auburn High School, post achievements and news about our alumni, and post photos of our fellow Trojans.

View More or Post
Our Auburn High School military alumni are some of the most outstanding people we know and this page recognizes them and everything they have done! Not everyone gets to come home for the holidays and we want our Auburn High School Military to know that they are loved and appreciated. All of us in Auburn are proud of our military alumni and want to thank them for risking their lives to protect our country!