Have you lost your Ar-we-va High School class ring? Have you found someone's class ring? Visit our lost class ring page to search for your class ring or post information about a found ring.

Died of Cancer in October of 2009. Married to Henry Olson of Irwin Iowa. She had two sons.

Died on golf course in California of heart attack.

Larry died 8/5/2003 and is buried in Denison, IA Lutheran Cemetery. He worked for the Rural Electric Cooperative (REC) in Denison for several years after graduation and, at the time of death, had his own trucking business.

Marcia suffered with kidney disease and had a transplant. She was doing well but continued not feeling as she should. After hospitalization for four weeks, she died October 29, 2015 at the age of 70.

Died in Tucson, Arizona. Last name was "Lang" at time of death.

Roger died April 22, 2017 in Denison, Iowa. He was a happy person known for his smile and fun personality.

Passed away at his home in Westside, Iowa.

He was united in marriage with Shelli Steenhusen in 1982 at Irwin, Iowa. He later married Diana Dixon in Denison, in 1991. He was proudly employed in maintenance for 30 years at Farmland in Denison. Previously, he farmed for a while, worked at Dubuque Pack, was employed at Calcar (FS Westside) and owned R&R Repair.

Vehicle accident.
Last name was Plantz at time of death.

Died at his home from ALS ("Lou Gehrig's Disease")

After graduating from Buena Vista University in 1973, he and his wife, Pat (Heires) worked for 4 years as houseparents at the Jerry Rabiner Boys Ranch in Fort Dodge. In 1977, Tom accepted a teaching position at Bellwood Elementary School in Bellwood, Nebraska, where he taught PE and coached all junior high sports. After receiving a Masters Degree from Kearney State College and his administrative degree from Concordia University, he became principal at Bellwood Elementary and later at David City Public Schools where he also served as the athletic director. He retired in 2012 after 35 years in education.

His lifelong career as an educator, coach and mentor started at the age of 16 when he coached the Arcadia Little League Baseball team.

He is survived by his wife, Pat, a daughter, Tracy, a son, Greg, and 5 grandchildren. 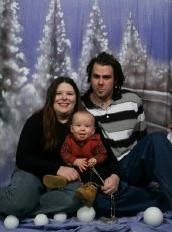 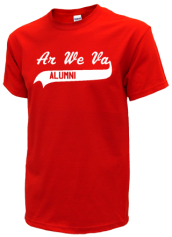