Have you lost your Antioch High School class ring? Have you found someone's class ring? Visit our Sequoits lost class ring page to search for your class ring or post information about a found ring.

Christopher Gentleman
Class of 1993
Navy, 12 Years
3 tours in Iraq, was on the boat the launched the first missle that started the war.
Report a Problem

Don Hubbard
Class of 1976
Air Force, 10 Years
I served as a Weather Forcaster where I supported shuttle missions, Air Force 1, tested IR missles, and many other interesting things. I was also part of a special team that could deploy to any place on earth at a moments notice to support various missions.
Report a Problem

Joseph millner
Class of 2003
Army, 10 Years
Us army for 10 years, and counting
Report a Problem

Joseph Millner
Class of 2003
Army, 10 Years
Us army for 10 years, and counting
Report a Problem

Kenneth White
Class of 1965
Coast Guard, 20+ Years
After graduation from Blackburn College in 1969 I joined the USAF WHERE i spent 4 years at KI Sawyer AFB in Michign. After the AF I joined the USCG and went to Kodiak AK where I was assigned to the fire dept as a Damage Controlman. I was subsequently assigned to the CG Cutter Mariposa in Detroit, CG Yard in Baltimore Md, Loran Station Port Clarence north of Nome AK, CG cutter Storis in Kodiak, Sault Saint Marie MI, and Activities Baltimore. I retired as Chief Warrant Officer in 2001 and reside in Normalville PA.
Report a Problem

Michael Davis
Class of 1965
Navy, 20+ Years
Mike was drafted into the Army in 1967 where he trained as a Green Beret Medic. In 1970 he was released from active duty and enrolled in Western Michigan University's first Physician Assistant Program. He graduated in 1974 and worked for a family physician in Vicksburg, MI.

In 1980 he returned to active duty and served 20 years in Quantico, VA, Rota, Spain, Quantico, VA, Gulf War I (Desert Shield/Desert Storm, The White House Medical Unit (Clinton/Gore), and finally as the director of the Navy PA training program in San Diego, CA.

Pete Deming
Class of 1980
Army, 20+ Years
Served proudly and would do it all over again. What a ride!!!
Report a Problem 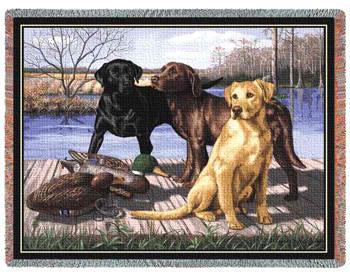 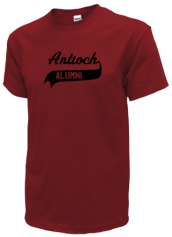 Read and submit stories about our classmates from Antioch High School, post achievements and news about our alumni, and post photos of our fellow Sequoits.

Post Your News
In Memory Of
Our Antioch High School military alumni are some of the most outstanding people we know and this page recognizes them and everything they have done! Not everyone gets to come home for the holidays and we want our Antioch High School Military to know that they are loved and appreciated. All of us in Antioch are proud of our military alumni and want to thank them for risking their lives to protect our country!