Have you lost your Angola High School class ring? Have you found someone's class ring? Visit our Hornets lost class ring page to search for your class ring or post information about a found ring.

Col. Wayne R Steele
Class of 1971
Marine Corps, 20+ Years
Colonel Wayne R. Steele enlisted in the Marine Cops on Ocotober 29, 1970 on the delyed entry program and reported to boot camp at Marine Corps Recruit Depot, San Diego for training on January 28, 1971 (He was a 7 semester graduate of Angola High School and returned to graduate with his class.) Upon completion of basic training and follow on MOS training Private First Class Steele was assigned to 2d Marine Division at Camp Lejuene, NC, where he served with Alpha and Charlie Companies, 1st Battalion, 2d Marine and with Echo Company 2nd Battalion 2nd Marines as a Rifleman, Company Clerk and administrative Chief. While assigned to the 2d Marines Division he deployed with Battalion Landing Team 1/2, 26th Marine Amphibious Unit (MAU) to Mediterranean with the 6th Fleet. In fall of 1972, Coporal Steele received TAD orders to Quantico, VA where he attended the Marine Coprs Physical Fitness Academy and particitpated as a member of the All Marine Orienteering Team.
Upon his returnd to 2d Marine Division, he was promoted to Sergean and assigned as a Tactics Instructor at the Special Warfare Training Center in Squad Tactics and Land Navigation. Following his tour with the 2d Marine Division, Sergean Steel was assigned duties as a Drill Instructor at the Marines Corps Recruit Depot Parris Island, SC where he was meritouriously proted to the rank of Staff Sergeant.
In 1977 he was transferred to 1st MAW in Okinawa for duty with Marine Air Control Group 18 and Commanding General, 1st Marine Aircraft Wing Staff Secretary's Office. Following his return to CONUS, he was assigned duties as the Admin Chief and Acting Sergean Major for the newly forming Marine Aviation Weapons and Tactics Squadron 1 at Yuma, Arizona, where he was promoted to Gunnery Sergeant.
In March 1982 he was promoted to the rank of Warrant Officer un the FY82 Warrant officer Program and assigned duties as a student at the Warrant Officer Basic School at Quantico, VA followed by the Utilities Officer, Utilities Operation Officer, Engineer Equipment officer, Enigneer Equipment Maintenance Officer, and Adjutant. In addition, he was assigned as the Aviation Ground Support Maintenance Detachment OIC for excercises Bear Hunt 82/83 and Team Spirit 83/84, conducted in Pohang, Korea. in 1985 He was then promoted to First Lieutenant in 1985 served as an Aviation Ground Support Detachment Commander for several of MAG 24's off base training excercises.
In August 1988 he was promoted to the rank of LDO Captain traferring to the Detachment "B" 1st Force Service Support Group. then to Combat Service Support Detachment 14 MCAS Miramar CA as Operations Officer, Logistics Officer and Maintenance Control Officer. In August 1990 Captain Steele deployed to Auudi Arabia, as the Maintenance Control Officer for the Maintenance Detachment, Brigade Service Support Group 7 and then served as the Company Commander, Engineer Maintenance Company, 1st Maintenance Battalion, 1st FSSG during Operations Desert Sheild/Storm where he assumed command of Engineer Maintenance Company, 2d Maintenance Battalion, 1st FSSG and retained that billet throughtout OPERATION DESERT STORM.
In 1991 he returned to El toro and the completion of his tour with CSSD-14 and was assigned duties as the Company Commander of the Engineer Maintenance Company 1st Maintenance Battalion, 1st FSSG aboard Camp Pendleton, CA where he was promoted to rank of Chief Warrant officer 4. Steele deployed to Somalia, East Africa, as the Executive officer of the maintenance Detachment in suppt of OPERATION RESTORE HOPE.
In 1993, he was promoted to the permanent rank of Chief Warrant Officer 5 and re-designated to regular officer corps, as a combat engineer. In 1995 he received the permanent rank of Captain. He was selected for the Degree Completion Program in 1996 and assigned duties as a student at California State University, San Marcos where he obtained a Bachelor of Arts Degree in History. While in School he was promoted to Major. In 1998 he was transferred to the 3d Marine Aircraft Wing as the Operation Officer, Marine Wing Support Group 37 aboard MCAS El Toro.
During July 2001 Major Steele was assigned duties as the company Commander, Service Company, Headquarters and Service Battalion, MCRD San Diego CA where he was promoted to the rank of Lietenant Colonel and received orders transferrring him ht the U.S Marine Forces Korea for duty as the Assistant Chief of Staff G-4 in July 2003 he was transerred to Marine Corps Base Camp Pendleton and assigned duties as the Base Facilities Maintenance Officer in June, 2004
While serving as the Commanding Officer, the Squadron deployed to Iraq in suppor of Operation Iraqi Freedom 04-06.02 His unit received the Hatch Award as the MWSS of the year in 2006. From Aug 2006-June 2007 he attended the Nave War Colleg, and received a Master of Arts degree in National Security and Strategic Studies. he was assined duties as the Commandant of the Marine Corps' Representative to U.S. Transportation Command at the Scott Airforce Base, IL while there he was ppromoted to Colonel and assumed duties as the Commanding Officer of the Marine Wing Group 47, Fourth Marine Aircraft Wing. Colonel Steel served as the Assistant Chief of Staff G4 for the 3d MAW (FWD) while deployed to the Helmand Province, Afghanistan in support of OPERATION ENDURING FREEDOM 12.0
His personal decorations include the Legion of Merit Medal, Bronze Star Medal, Purple Heart Medal, Meritorious Service Medal with a gold star in lieu of second award, the Navy and Marine Commendation Medal with four gold stars in liew of fifth award, The Navy and Marine Achievement Medal with two gold stars in liew of third award, Combat Action Ribbon, and the Military Outstanding Volunteer Service Meda.

Jeremy Jones
Class of 1990
Army, 8 Years
I joined the National Guard shortly before graduation. In August 1990 I entered Basic training in Fort Jackson SC, from there to Fort Sam Houston TX for Advanced Initial Training as a 91A Combat Medic. During this time I was also certified EMT.
After 10 uneventful months as a National Guard Medic (including one "summer training" session) I chose to proceed to active duty and was deployed to Baumholder Germany. I was assigned to 1st BN 8th Infantry division (which soon was renamed 3rd Bn 12th Mechanised Infantry.
From January 1992 until April 1992 I supported A company 3/12 during transition from Light Mechanised (M113A2) to Bradly Fighting Vehicles, treating a plethora of occupation-related injuries and illnesses.
March 1993 saw the Cavaly Cup competition come to Wildflicken, Germany and I deployed in support of Headquarters Company Scouts and C Company who'd been tabbed as graders.
in May of 1995 my unit reflagged as 1st Brigade 6th Infantry Division and I deployed in support of A Co. to Macedonia under the flag of the UN as part of the Peace Keeping effort to prevent the Bosnian/Serbian civil war from spilling south. My responsibilities included support of Command Post activities as well as technical and logistical support of the Observation Post medics, further training of junior medics on said OP's in field sanitation techniques, management of injury and illness, advanced triage in the case of a mass casualty situation. Such a situation actually arose in September of 1995 when the Macedonian President was attacked in Skopje with a car-bomb. Many civilians were injured in the attack and the US military forces in the area supported the Macedonian civil medical services in treatment and evacuation of the injured.
in September 1996 I made the cutoff score for promotion to the rank of Sergent and attended the Primary Leadership and Development Course in Grafenwöhr Germany, graduating in the top 2% from ca. 600 students from all MOS's.
Early in 1997 I was diagnosed with acute degenerative Chondromalacia bilaterally (the cartiliage in both knees had become soft due to overuse and came free of the bone, requiring orthoscopic surgery to remove 90% of said cartiliage. This left the tibia-fibula/femur bones exposed and due to further daily running progressed to degenerative artheritis) This caused dismissal from the Army.

Seth Wagner
Class of 2002
Army, 5 Years
I joined the Army not too long after graduation in January 2003. I started with basic training at Ft. Benning, GA. I went on to Advanced Individual Training for Healthcare Specialist at Ft. Sam Houston, TX. After completing AIT I went back to Ft. Benning for Ranger School. Then I went on to my first unit, 1-36 Infantry Battalion 1st Armored Division where I deployed to Iraq during OIF I & OIF II. After returning from deployment I attended SFAS (Special Forces Assessment and Selection) and was selected to begin training for 18D(Special Forces Medic). I turned down the selection to move to Ft Sam Houston to be an Instructor for the AMEDDC&S(Army Medical Department Center & School). I became a Combatives Instructor at Camp Bullis(Ft Sam Houston Satellite Training Post) for Medical Services Officer Basic Course. After my tour of duty there I moved to Ft Hood, TX, where I am currently stationed with the 3rd Armored Calvary Regiment. I am currently(09April2008) deployed to Iraq In the city of Mosul during OIF IV & OIF V. I am planning to return to Special Forces and continue on with my training after this deployment.
Report a Problem 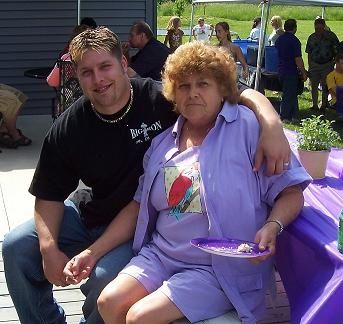 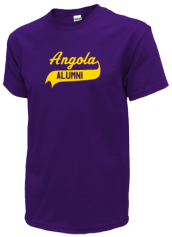 Read and submit stories about our classmates from Angola High School, post achievements and news about our alumni, and post photos of our fellow Hornets.

I play with a metal detector and usually hunt in the water on differnent beaches in Northeast Indiana. I have found a ...
Read More »

View More or Post
In Memory Of
Our Angola High School military alumni are some of the most outstanding people we know and this page recognizes them and everything they have done! Not everyone gets to come home for the holidays and we want our Angola High School Military to know that they are loved and appreciated. All of us in Angola are proud of our military alumni and want to thank them for risking their lives to protect our country!