Have you lost your Analy High School class ring? Have you found someone's class ring? Visit our Tigers lost class ring page to search for your class ring or post information about a found ring.

• "I will always remember Carol as one of the nicest and..."
- Richard Gambogi


ARNETT, Carole Jeanne
Passed away peacefully in her home in Santa Rosa, CA on February 2, 2016. She was preceded in death by her parents, Leonard and Nellie Arnett; her brothers, Ted and Rod; and her sister, Nonie Arnett.

Carole was born in San Jose on August 5th, 1933, and moved to Sebastopol as a young girl, graduating from Analy High School in 1951. She lived her life with a happy heart and a smile, despite the challenges of Multiple Sclerosis. She exemplified grace and joy throughout her days. Her strength and beauty will be remembered in the hearts of everyone who knew her.

Family and friends will gather Saturday, February 20, for a celebration of Carole's life, 12:00 p.m. at the Sanchietti home in Sebastopol. In memoriam donations may be made to the National Multiple Sclerosis Society.

Wife of Don Striepke, mother of Garrett and Trinity, grandmother of Blake and Ryder. Passed after a brief illness. Loving homemaker, great cook, and chocolatier. A lifelong resident of Santa Rosa. Celebration of life to be held at later date .
Windsor-Healdsburg Mortuary & Crematory. 707-838-6000
Press Democrat Feb 12, 2017

Denny Chapman passed away June 22, 2012 in Oregon. He was a joy to know. He will be greatly missed by all of us who loved him.

Jude was a driving force in organizing the medicinal Cannabis growing community in Mendocino County. She was an award winning grower. She found the good in everyone and always reached out to those less fortunate.
Jude died of complications due to Lyme Disease. She is survived by her wife Lucinda Dekker, her son Victor Fanucchi, her mother Elizabeth Nagle, her sister Eileen, and brothers; Mike, Jim, Terry, Vincent, John and Tom. We miss you, Jude.

OEHLMAN, Karl Karl Oehlman died peacefully on March 14 at his Sebastopol home following a 15 year battle with bladder cancer. Born 82 years ago at Santa Rosa General Hospital to Elizabeth and Walter Oehlman, he lived on the property settled by his grandparents in 1894. Karl attended Vine Hill Grammar School and Analy High School (1950). After graduating from UC Davis he worked in the apple industry, for Green Valley Dryer and Sebastopol Co-op Cannery for 23 years, retiring from Barlow Company after 18 years. Karl managed the family ranch since his father's death, converting from apples to Pinot Noir grapes. Karl was active in Forestville 4-H and Analy FFA and was selected 4-H All-Star. He was a 4-H leader and Friend of 4-H. Karl is survived by his high school sweetheart of 61 years, Elaine; sister Margery Kaseman (Allan); children Kathie Miller and Cliff Oehlman (Sandee); grandchildren Jeff Miller, Megan Soulsby (Justin), Nicole Downs (David); and great grandson, Elijah Soulsby.
Published Online in the Press Democrat from Mar. 22 to Mar. 23, 2015

I hope your happy now you sister melisa1977 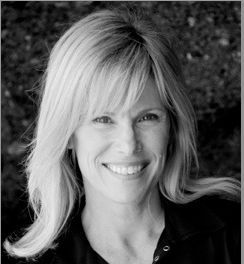 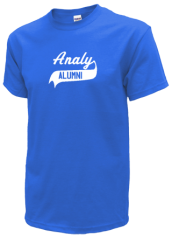 Read and submit stories about our classmates from Analy High School, post achievements and news about our alumni, and post photos of our fellow Tigers.