Have you lost your Allen High School class ring? Have you found someone's class ring? Visit our Eagles lost class ring page to search for your class ring or post information about a found ring.

Cameron Kalmbach, best known to friends and family as Big Cheese, died this morning at the age of 27. He is survived by his fraternal twin brother, Carter, and his son, Jacob. Born and raised in Isreal, Cameron had worked as a plumber, a tennis player, a ghost hunter, a doctor, a golfer, a martial artist, a basketball player, and a race kart driver. He was taller than his brother, yet often lived in Carter’s shadow, a heartbreaking irony that would haunt Cam for the entirety of his short life. Although Cam was often called a coward, his accomplishments were so vast that the world celebrated his 27th birthday by declaring 2018 the Year of Cam, a time of joy, honor, and worldwide peace. Most countries celebrated the Year of Cam by holding festivals in his honor, and many have argued that it marked the final moments of happiness in the modern era. The following year showed us a darker side of Cameron, as he grew angry and vengeful, becoming best known for his horrible stare. Friends and family members point out that he never quite recovered after the Year of Cam, which he viewed as the peak of his career. Cam’s life was tragically cut short this morning while he was exploring a haunted castle and ran into a ghastly incarnation of Death, who cut the soul out of the plumber’s body with a scythe. He is now dead. Funeral arrangements for Cameron will be announced in the coming days.

Cindy Delgado passed away June 14, 2007 at Parkland Memorial Hospital in Dallas, after being involved in a motor vehicle accident. She was a very bright girl with a bubbly personality and will be greatly missed!

Frank Thomas McGaugh, age 22, of Allen, Texas passed away June 4, 2007, in Dallas, TX. He was born on August 14, 1984, in Mount Clemens, Michigan, to Patrick and Deborah (Steadman) McGaugh. He graduated Allen High School in 2003, attended Collin County Community College, and served his country in the US Army. He is survived by his parents, Patrick and Deborah McGaugh; brother, Patrick C. McGaugh and his wife Alicia L., who are serving their country in the US Military in Germany; grandparents, Mildred B. Steadman of New Carrollton, MD and Thea and Hervey McGaugh of St. Joseph, MO; and numerous uncles, aunts, cousins, and other loving relatives. He is preceded in death by his grandfather, Frank M. Steadman, Jr. A Mass of Christian Burial will be celebrated at 10:00 AM, Friday, June 8, 2007, at St. Jude Catholic Church, 1515 N. Greenville, Allen, TX 75002, with Father Tim Church officiating. Interment will follow at Ridgeview Memorial Park. The family will receive friends during a visitation on Thursday, June 7, 2007, from 5:00 to 8:00 PM. Memorials may be made to The Frank Thomas McGaugh Memorial Scholarship, Foundation for Allen Schools, c/o Allen ISD, PO Box 13, Allen, TX 75013. This scholarship is specifically for high school students aspiring to attend college or other advanced education who have learning differences related to attention deficit disorder.

Died 5 days short of 16 on the way to school less than a mile away from home! Love & miss you, Bubba!

My son (aka "Little Man") looked so much like his uncle Keith when he was little!

Sandra was unmericifully killed in the middle seventies and left to die after er assault face down in a creek. Her case was never solved but with the help of my friend Sheriff Box, he will find DNA taken from her mangled body and find a match for it at my request. It's time for closure..I miss he immensely. If anyone has a reaaly good pic of Sandra could you post it on here. She was beautiful.

A Mass of Christian burial will be held at 2 p.m. Friday at St. Jude Catholic Church in Allen, Texas. Burial will follow in Ridgeview Cemetery under the direction of Turrentine-Jackson-Morrow Funeral Home, Allen.

Visitation will be from 6 to 9 p.m. today with prayer service at 7 p.m. at the funeral home.

Our cherished Summer Dawn passed away August 2, 2008 at Saint Edwards Hospital in Fort Smith, Arkansas. Summer died due to complications while undergoing surgery to repair her heart after a long illness. Summer is survived by many, many who loved her including her three children Chad, Ethan and Kaylie. Nothing will ever feel the void in our hearts and we miss her everyday.

Born Dec. 12, 1973. Thomas was diagnosed with melanoma in July of 2010. He had a positive attitude throughout and was determined to beat it, but it was not meant to be. He fought long and hard for six months before being called to be with our Lord. His ashes were scattered in the Colorado River in Austin, a place that he loved and where he felt at home. He is survived by his parents Lynn and Wanda Pridgen and his sister Dianne Pridgen. 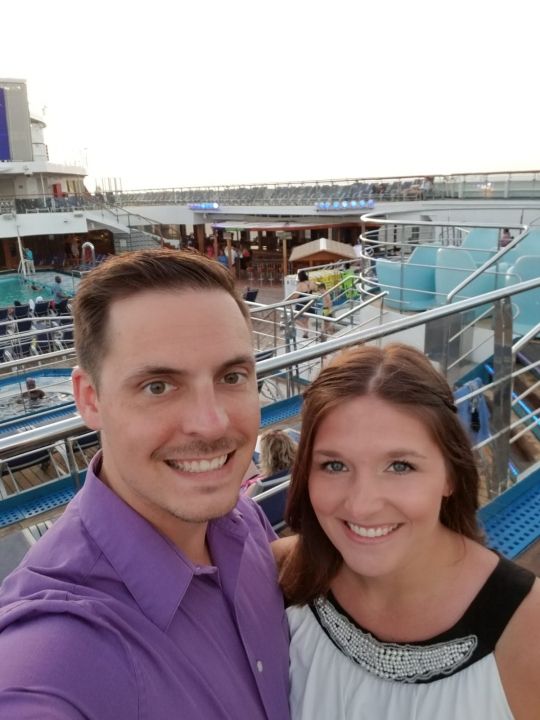 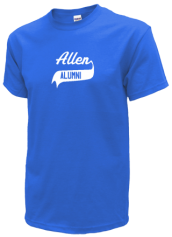 Read and submit stories about our classmates from Allen High School, post achievements and news about our alumni, and post photos of our fellow Eagles.

BLUE OUT in the STANDS

Once an Eagle Always an Eagle!
Calling ALL Allen Eagles!