Have you lost your Santana High School class ring? Have you found someone's class ring? Visit our Sultans lost class ring page to search for your class ring or post information about a found ring.

Sadly Britt was an innocent victim of a traffic accident that happened on the Magnolia Avenue bridge near the RCP plant.

My mother left Santana High to become a wonderful mother to two children, a boy Jeremy and a girl Cristine (me). She was a great person inside and out! (I am biased I know) She married but also divorced my father Jack Ross and in mid 1991 she was diagnosed with Brain Cancer. We dont know what caused it but the tumors wouldn't stay away, once we took care of one another one would show up, she underwent 2 surgeries and radiation but the second surgery was unsucessful in taking out the whole tumor because of the severity and a third surgery would leave her a vegetable. So we all enjoyed what was left of her short life. The tumor took over quite agressive and she passed away three days after Thanksgiving in 1994.We can't explain how devastated we are and if you knew her you would know what I'm talking about. I am trying to get in contact with Norma Guilliams who was my mother's best friend and is someone I truly want to meet! Any info or stories you would like to share can be sent to my mother's profile. Thank you for knowing my mother and for caring enough to read this!

Our brother Frank C. DiJoseph, class of 1970, served in Vietnam for 14 months (1971-1972) with the US Air Force. After a medical discharge, he became a real estate broker and rose to the top of his professional. He was well liked, kind, generous, and fun to be around. Frank and his wife lived in Northern California. Through years of surgery repairing his lungs from Vietnam, Frank passed away May 1996.

Jim passed away at the age of 45 of AIDS...He was active in AA and was one of the founding members of the ALANO CLUB in Hillcrest...He was my best friend and was a wonderful Uncle to my kids...He is missed everyday..Joy Farrelly (Stump)

My brother Jeff passed away at the young age of 35..Though I'm not sure if he ever attended Santana (he might have in what would have been his Freshman year), many Santana Alum should remember him..It's hard to believe he's been gone almost 20 years and missed dearly.

Thank You everyone for remembering my brother Jesse, what a great friend, father and brother. It was a real shock to find out he had passed away. He was 56. Just looking at all the post, I know he was truly loved by his friends. If you want to know of his service.
Thank You. And God Bless.

Jimbo was killed by a drunk driver one night while riding his bike home down Fanita from his job as a custodian at Grossmont College. Not sure how long ago it was possibly around 2000.

Ronnie was the son of Caron (Hettenbach) Comas and Ronald Gary Comas, Sr. Ronnie was 18 1/2 years old when he was tragically taken from us in a car accident on February 10, 2008.

Remembering my sister and my best friend,
she passed away almost 2 years ago from
a stroke. She was a great person, and I am grateful to have been part of her life

Tom left behind wife Patricia and daughter Kristi. 42 years and still missed by brothers and sisters. He died way too young and left a huge hole in our lives.

My brother Bill passed away from cancer. It was in his lungs, and mouth. 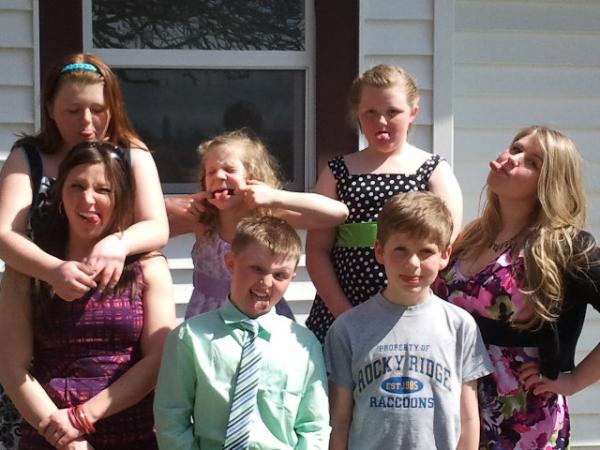 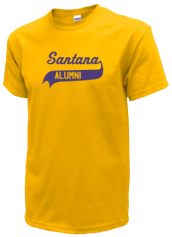 Read and submit stories about our classmates from Santana High School, post achievements and news about our alumni, and post photos of our fellow Sultans.

Our 50th reunion is this weekend. The Ice Breaker/mixer is on Friday and the dinner is on Saturday. The venue is the Sy...
Read More »