Mrs. A., former English and journalism teacher from 1952-1978,
passed away peacefully on April 2, 2011. A memorial service
will be held in Bellville this spring--date to be announced soon.

Ann Ackerman, beloved, feared and admired English teacher
at LHS from 1952-1978, is nearing the final stages of hospice
care in her daughter's home in Cincinnati, Ohio. She loves
getting cards and letters. Her address is:
Ann Ackerman
c/o Jo and Rick Sowash
338 Milton St. Apt. 1
Cincinnati, OH 45202

Or you can e-mail her at jo@sowash.com

Thank you from her family.

The Legacy of David A. Wells- The Lexington High School Band of Gold is available in Lexington, Ohio at Waynes Country Market, Kell Hardware or through my website at: www.successthroughmusic.com.
174 pages filled with memories, photos and pride!

LHS alum Jim Carver wrote a book titled "The Legacy of David Wells-The Lexington High School Band of Gold" and it is filled with memories of band camp, competitions and football halftime shows!

Lexington Athletic Booster Club's Minuteman Madness has been moved to June 22, 2008, at the high school. We are continuing to sell raffle tickets for really nice prizes including a 2008 Harley Davidson Sportster, John Deere Tractor, John Deere Gator and a 2007 Mariah SX18 Ski Boat that is sweet along with other fabulous prizes. Visit us on the web at www.lexathleticboosters.com. Thanks Lore' Whitney

We currently have enough people signed up to play in the game. Thanks to all of you that are coming back to participate and I hope that other alumni would come back to watch the game and meet up with some old friends. Again the game will be at Mansfield Sr. High on Sat. April 5th. Two games will be palyed the first one starting at 6:00 and the second at 8:00.

Mansfield has invited Lexington to play in an alumni basketball game at 6:00 Sat. April 5th. There will be two games. Older guys and not so Older guys. Former varsity basketball players that are interested can contact Buck Morton at morton.buck@lexington.k12.oh.us
We would like to find between 25 and 30 players to come back and relive some old memories and hopefully not get hurt. We will establish teams as we get responses back. Let me know as soon as possible.
Buck Morton Class of '91

The Lexington Athletic Boosters are selling raffle tickets for many, many nice prizes. Join in the fun on April 5, 2008. Go to www.lexathleticboosters.com/madness
for more information.

We are considering planning a summer '08 golf outing for Lexington Basketball Alumni (former players, coaches, trainers, or anyone else associated with the program). It will be open to alumni from any era. Other folks (friends, player's kids, etc) are welcome to play as long as we get, say, two alumni per team. No agenda, no charities, just former players getting together to play a scramble. Right now, the rough plans are for a weekend in mid-to-late July at a Lexington area course to be determined. Probably an afternoon scramble with a cookout afterword, prizes, drinks, etc.

If you are interested, e-mail me at cajhoeppner@wowway.com or Brian Lesch ('91)at brian@moritzint.com . Once we get a count of how many may be interested, we'll get more details out to the group. 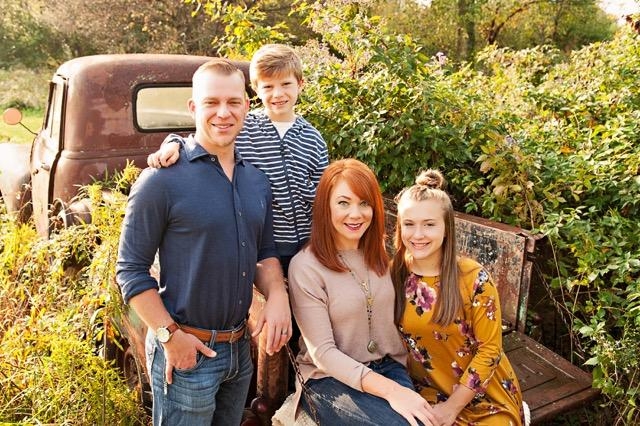 Read and submit stories about our classmates from Lexington High School, post achievements and news about our alumni, and post photos of our fellow Minutemen.

Posting your Lexington High School news is easy! Enter the title for your article and all the details that explain what is happening. Please refrain from posting reunion information on this page.