Have you lost your Carlton J. Kell High School class ring? Have you found someone's class ring? Visit our Longhorns lost class ring page to search for your class ring or post information about a found ring.

Coach Thigpen was born in Alabama but played high school football at Mitchell High School in Colorado Springs and at Western State in Gunnison, Colorado. He started coaching in Madison, Alabama as a volunteer at the high school and eventually decided to teach and coach full time.

Having coached the last 5 years in Georgia and for 10 years previously in Alabama, he had taught multiple positions and been both a defensive and offensive coordinator. This was his first year at Kell where he taught Social Studies and coached the safeties. It is amazing how many lives he changed in just one short year with the Longhorn family.

He will be greatly missed by his family, friends, colleagues, students and players. Rest in Peace Coach Mo.

In lieu of flowers, the family is asking for donations to be made to the

Elizabeth’s funeral was held on Monday, February 18th, 2013 at Transfiguration Catholic Church in Acworth- the same church where she had received her First Communion and made Confirmation. She was laid to rest in the Sacred Heart section of the Kennesaw Memorial Gardens cemetery in Marietta. Her grave is just beyond the outstretched hands of a statue of Jesus with Kennesaw Mountain looking in the background.

Elizabeth was born on the 5th of August, 1988 in the suburbs of Philadelphia. She was raised inelizabeth 3 an All- American home with her older sister and brother. Her mother was a stay-at-home mom and her father was in the Information Technology industry. At the age of seven Elizabeth moved to Cobb County Georgia, as a result of her father’s job transfer. She made Acworth her home. She swam on the neighborhood swim team, was a Girl Scout, took dance lessons and played the flute in the middle school band. She did well in school and quickly made many friends.

Elizabeth started her Freshman year at Kell High School. Throughout her childhood life she was a very trusting person. High School was when she encountered people who would betray her trust, turn on her without warning, and hurt her feelings. She transferred to North Cobb high School. By the age of 16 Elizabeth started to experiment with alcohol and marijuana. She hid it well from her family. She continued to do well academically and appeared on the surface to act mature beyond her years.

In 2006 she enrolled at The University of Auburn. This is where she was introduced to Oxycontin. Her academics after the first semester began to fall quickly. By her second semester she was addicted to Oxycontin and was failing her classes. Her parents asked Elizabeth return home to finish school at Kennesaw State University- where she had qualified for the HOPE scholarship.

Over her last six years Elizabeth went through many highs and lows. She was eventually diagnosed with bipolar disorder. Elizabeth overdosed multiple times and always ended up in the ICU where she was able to pull through. She was arrested for two DUI’s, and entered into multiple rehab facilities. It was one of her rehab classes that a “friend” introduced her to Heroin. Elizabeth buried 16 of her friends during this time.

Three months before Elizabeth passed away she was receiving help for her heroin addiction and was “clean.” She had a full-time job and was looking forward to starting an internship at a dental office. On February 8th, Elizabeth went out with “friends” and never returned home. Elizabeth had overdosed on heroin and was in a coma. She was pronounced legally brain dead on February 11th. Six more friends have passed since her death.

Elizabeth leaves behind her parents, her sister and brother, 10 nieces and nephews, and a very large extended family. Our Elizabeth was beautiful – inside and out. You don’t have to look or act like a stereotypical “junkie” to be the face of Heroin addiction. We urge you to pass along her story. 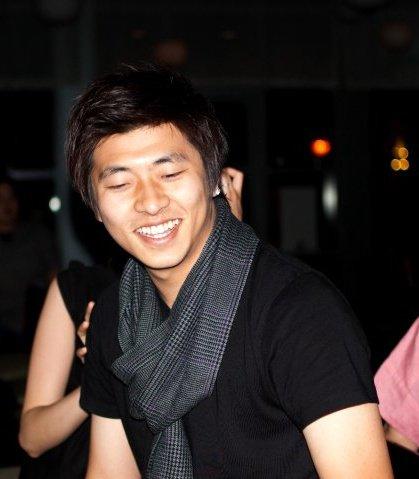 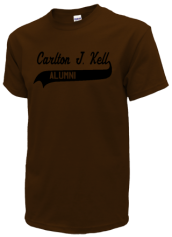 Read and submit stories about our classmates from Carlton J. Kell High School, post achievements and news about our alumni, and post photos of our fellow Longhorns.