Have you lost your Taconic Hills High School class ring? Have you found someone's class ring? Visit our Titans lost class ring page to search for your class ring or post information about a found ring.

Barbara Schoch
Class of 1977
Navy, 5 Years
Was a EN2 stationes in San Deigo Ca., Bremerton Wa., where I was aboard the tug boats, I was on Duty the mornign of Mt St. Helens's Eruption then was transfered to East coast to the USS Yellowstone. then went to Italy for 3 years
Report a Problem

Barbara Schoch/ Hendricks
Class of 1977
Navy, 5 Years
Was a EN 2 worked on Diesel Enginges on ships and tug boats
Report a Problem

Colin Smith
Class of 1975
Marine Corps, 20+ Years
Retired as Gunnery Sergeant with 20 years in the infantry.
Report a Problem

Ian Macfarlane
Class of 2000
Marine Corps, 7 Years
-Stationed in Okinawa between April 2001 and April 2002.
-Stationed at Camp Pendleton California from May 2002 to the present.
-Deployed for Operation Iraqi Freedom from Sept 2005 to April 2006

Michael harrington
Class of 1981
Coast Guard, 20+ Years
Served 22 years in the US Coast Guard, traveled all around the world! Ended up settling down in Eagle River, Alaska. Currently work for the Alaska Department of Fish & Game. Coach Hockey and Soccer!
Report a Problem

Robin Collins Haag
Class of 1976
Air Force, 20+ Years
I served 7.5 years active duty and 16.5 years in the Airforce Reserve. I work in dental services. I retired as a Msgt (E-7.)
Report a Problem 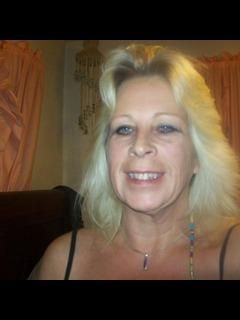 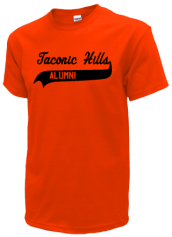 Read and submit stories about our classmates from Taconic Hills High School, post achievements and news about our alumni, and post photos of our fellow Titans.

View More or Post
In Memory Of
Our Taconic Hills High School military alumni are some of the most outstanding people we know and this page recognizes them and everything they have done! Not everyone gets to come home for the holidays and we want our Taconic Hills High School Military to know that they are loved and appreciated. All of us in Craryville are proud of our military alumni and want to thank them for risking their lives to protect our country!