Have you lost your South Hadley High School class ring? Have you found someone's class ring? Visit our Tigers lost class ring page to search for your class ring or post information about a found ring.

Eric Cloutier
Class of 1999
Army, 4 Years
I went to basic trianing in Ft. Knox Ky, where I trainded to be a M1 Armor crewmember. Upon graduating I was sent oversees to Germany where I was stationed for the duration of my time in service. I served 12 months in Iraq where I sustained some injuries while in combat. I then returned to LRMC in Germany where I went threw 15 months of physical therepy so I could return to duty. Unfortunatly I could not and was medically retirered honorbly. I now live and work fultime back in S. Hadley.
Report a Problem

James Slate
Class of 1960
Air Force, 5 Years
6 months at Lackland, (basic and OTS), 2 1/2 years at Keesler (Avionics Officer Course, student and instructor), and 2 1/2 years in Panama, (Avionics Maintenance Officer and Major Air Command Staff Avionics Officer) . I was a Captain when I left the service. I don't regret having been in the service and I don't regret having gotten out.
Report a Problem

Also served 6 years in the Army Reserve as a Medical Service Specialist. 1980-1986

John H. Vincent
Class of 1964
Air Force, 20+ Years
Served active Duty with the US Navy SeaBees with a tour in Vietnam, Transfered to the US Air Force serving active Duty, Air National Guard and Air Force Reserve retiring in 2006 with the rank of LtCol.
Report a Problem

Jonathan Stueck
Class of 1982
Navy, 20+ Years
Worked in the Military Supply Support, for avation, sea, and land.
Report a Problem 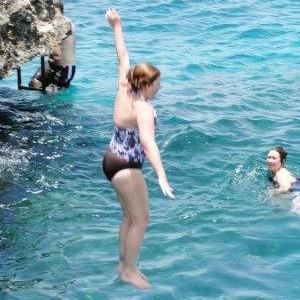 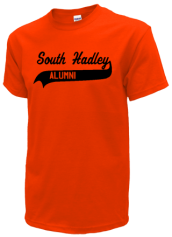 Read and submit stories about our classmates from South Hadley High School, post achievements and news about our alumni, and post photos of our fellow Tigers.

Work on the upcoming 2009 South Hadley High School alumni directory is well underway, as we try to contact everyone by ...
Read More »